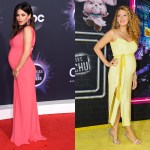 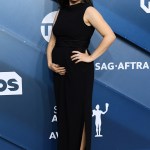 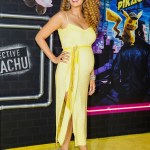 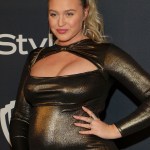 From Gigi Hadid and Katy Perry to Nicki Minaj, there have been plenty of celebrity pregnancies and births to celebrate in 2020!

2020 has definitely been a year for celebrity babies! Some of our favorite stars, including Sophie Turner, Nicki Minaj and Katy Perry revealed they were expecting, and gave birth to adorable mini-me sons and daughter this year. These celebs have obviously had a lot to celebrate in 2020, despite the trying times of the coronavirus pandemic across the world.

While some stars, like Nikki Bella and Brie Bella, have been super open about their pregnancy journeys, others, like Sophie, were much more tight-lipped. Either way, we’re honoring 2020’s expecting mothers and new moms by taking a look back at some of the biggest pregnancy announcements of the year.

Ciara and Russell Wilson welcomed their second child together, son Win, on July 23. They revealed the exciting news the following day, when they shared a video of Ciara singing “Happy Birthday” to her newborn son. The same day, Russell posted the parents’ first photo with Win, featuring the proud parents beaming with pride at the camera.

The View co-host Meghan McCain has been living in total “bliss” since welcoming her baby girl, Liberty Sage McCain Domenech, at the end of September! The first-time mom gave birth to her adorable daughter, whom she shares with husband Ben Domenech, but has remained quite private about the bub. Meghan has kept her mini-me mostly off social media, however fans got a glimpse of her in the above October 14 post!

Emma Roberts reportedly welcomed her first baby with boyfriend Garrett Hedlund in Los Angeles on Dec. 27. The 29-year-old Scream Queens actress gave birth to a baby boy named Rhodes, sources claimed in a report from TMZ. Emma first confirmed she was expecting in an August 29 Instagram post, which showed the American Horror Story star cradling her baby bump in a white bandeau dress. “Me…and my two favorite guys,” she wrote, revealing she was expecting a baby boy!

Sisters who (pro) wrestle together are birds of a feather! That’s not even a question when it comes to Nikki and Brie Bella! The two women made a joint announcement in January that they were expecting at the same time. In the months that followed, they documented their pregnancy journeys on Instagram. Nikki and Brie had their baby boys just ONE day apart (on July 31 and August 1, respectively), and announced the births on Instagram on Aug. 2. This was the first child for Nikki, who shares her son with Artem Chigvintsev, and the second child for Brie, who also has a three-year-old daughter with her husband, Daniel Bryan.

News that Gigi Hadid was expecting her first child with on/off boyfriend, Zayn Malik, broke back in April. After the reports surfaced, Gigi confirmed the news herself during an interview with Jimmy Fallon. She’s been extremely private about her pregnancy, but did show a glimpse of her baby bump after fans BEGGED her to. The young couple welcomed a baby girl into the world on September 23. “Our baby girl is here, healthy & beautiful…to try put into words how i am feeling right now would be an impossible task. The love i feel for this tiny human is beyond my understanding. Grateful to know her, proud to call her mine, & thankful for the life we will have together x,” the One Direction alum gushed.

Rapper Nicki Minaj completely surprised her fans when she announced in a series of photos on Instagram that she was #preggers! The “Super Bass” rapper, 37, took to the social media platform on July 20 and shared a slew of professional images highlighting her bump! One of the final images featured the MTV VMA-winner looking absolutely stunning in a photo by David LaChapelle! In December, she finally confirmed that she gave birth to her son back in September!

Katy, much like Nicki, dropped the baby bomb by surprising her fans with her bump in her music video for “Never Worn White” in early March. Katy told her fans that it was going to be a jam packed summer. “I’m excited, we’re excited and we’re happy — and it’s probably the longest secret I’ve ever had to keep. I knew I would tell you in the best way, which is through a piece of music because that’s how I speak to you,” she said in her Instagram Live. The singer later welcomed her daughter Daisy Dove with fiancé Orlando Bloom in August.

Sophie Turner and Joe Jonas welcomed their sweet little girl, Willa, in July! The couple kept Sophie’s pregnancy very quiet, and she became an expert at hiding her bump on the ‘Gram. The newly-minted family-of-three have been seen going on walks through their Los Angeles neighborhood, and Sophie has given fans a look at her pregnancy journey on Instagram!

Cookbook author Katie Lee, 38, made her announcement the only way she knew how — with some delicious food! The gorgeous foodie took to Instagram on Feb. 26, posting a photo of herself chowing down on some noodles and showing her growing belly! “Eating for two Baby Biegel is on the way,” she captioned the photo. Katie welcomed her baby girl, Iris Marion Biegel, in September. “Our hearts are so full,” she wrote alongside a photo of her holding Iris in a blanket.

Actress Maggie Grace may have taken the cake when it comes to ethereal pregnancy photo announcements. The Fear The Walking Dead star, 36, shared that she and her husband of three years, Bryan Bushnell, were expecting their little one on March 20 with a stunning photo of Maggie cradling her belly. “In the midst of these uncertain times, we’ve been blessed with a joyful reminder of what’s most important. Our first little one will be joining us this summer,” she captioned the gorgeous photo.

Something super exciting came into Melissa Benoist and her husband, Chris Wood‘s, life this year: their first child together! The 31-year-old Supergirl actress became a first-time mom at the end of the summer when she welcomed her baby boy, Huxley Robert Wood. “Huxley Robert Wood got here a few weeks ago,” she began, adding, “and this little boy is everything.” She first took to Instagram on March 4 to share with her fans that a “non-canine child is coming to our family very soon!!!”

This Harry Potter alum is in store for a lot magic! Scarlett Bryne Hefner, 29, took to her Instagram account on March 10 and totally cast a spell on her devoted followers when she revealed that she and her husband, Cooper Hefner, were expecting their first little one. “Cooper and I are delighted to share that we have a little one on the way. Our hearts are filled with gratitude and joy, and the two of us can’t wait to meet the newest little Hefner,” she captioned the image. The couple welcomed a baby girl, Betsy Rose Hefner, in August.