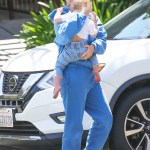 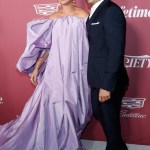 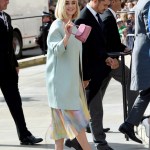 Bio:
Katy Perry (born Katheryn Elizabeth Hudson in Santa Barbara, CA on October 25, 1984) is a singer, songwriter, and actress. At an early age, she began performing and singing Christian music, following in her parents’ footsteps. Later, Katy began to focus on mainstream music, and first gained recognition with her debut mainstream album, One of the Boys, in 2008. Three of the songs were hit Billboard Hot 100 top-ten songs: “I Kissed A Girl,” “Hot n Cold,” and “Waking Up in Vegas.” Perry’s third overall album, Teenage Dream, produced five number number one singles: “California Gurls,” “Teenage Dream,” “Firework,” “E.T.,” and “Last Friday Night (T.G.I.F.).” Her California Dreams Tour earned nearly $60 million worldwide, and she has been nominated for nine Grammy Awards. She also began an acting career in 2011, appearing in The Smurfs as the voice of Smurfette, reprising the role in the 2013 sequel. She released her concert film, Katy Perry: Part of Me, in July 2012. In 2013, Katy released her fourth album, Prism, which debuted as no.1 on the Billboard charts, and included hits like “Roar” and “Dark Horse”. She followed the record’s release with a world tour, performing throughout 2014. Katy made a memorable appearance at Super Bowl XLIX’s halftime show in February 2015. Katy’s performance includes cameos from Lenny Kravitz and Missy Elliot. The viewership was higher than the game itself. Her fifth album, Witness, was released in 2017, including songs like “Swish Swish” and “Bon Apetit”. Katy also hosted the 2017 MTV VMAs on August 27, 2017.

Best Known For:
Katy Perry is best known for her music career.

Personal Life:
Katy has dated Gym Class Heroes frontman Travie McCoy, Relient K frontman Matt Thiessen, John Mayer, and most recently, Orlando Bloom. Katy married Russell Brand on October 23, 2010 in a traditional Hindu ceremony — but 14 months later, Brand filed for divorce. After her divorce, Katy was briefly linked to Florence and the Machine guitarist, Robert Ackroyd. She started a full-blown relationship with John in August 2012. The on-and-off relationship between these two ended in February 2014. Katy started dating Orlando in 2016. They called it quits later that year, but were spotted hanging out together in 2017. By April 2018, Katy confirmed the two were back together. He proposed on Valentine’s Day 2019. In March 2020, Katy confirmed that she and Orlando were expecting their first child together.

Shanna Moakler Auctioning Off Engagement Ring From Travis Barker: ‘It Was My Dream Ring’

Like Kim Kardashian, Katy Perry had her own Marilyn Monroe-esque moment at this year’s Met Gala standing over a vent — except she got stuck!

Katy Perry stole the show at the 2022 Met Gala when she arrived in a completely sheer black gown with a slicked-back bun.

Katy Perry took a major tumble while rocking an Ariel costume from ‘The Little Mermaid’ at the start of Disney Night on ‘American Idol.’

Katy Perry hilariously reacted to ‘American Idol’ contestant Noah Thompson guessing that she chose one of her ex-boyfriend John Mayer’s songs for him to sing, and advised that him to ‘Wikipedia’ her to find out her dating history with the singer.

Katy Perry looked fabulous when she rocked a head-to-toe leather snakeskin outfit for an ‘American Idol’ event on April 18.

For the re-launch of her 2017 shoe collection, Katy Perry posed in a number of different ensembles to show off the different footwear looks in a series of new photos.