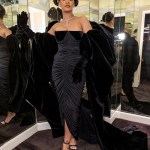 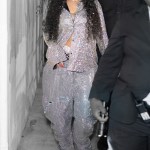 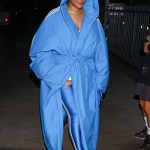 Stephen A. Smith is a lot of things, but Rihanna’s biggest fan might not be one of them. Learn five things about the ESPN host who dissed the songstress here!

With the Super Bowl just 6 weeks away, Rihanna is in full on preparation for her Half Time debut — and plans to have her son there!

Rihanna looked fabulous when she rocked sweat shorts with a matching sweatshirt and a mink coat on top while out on a date with A$AP Rocky in LA.

Rihanna felt that ‘the time was right’ for the world to see her and ASAP Rocky’s adorable baby boy. Find out why.

After revealing their 7-month-old son’s face in a photoshoot and a TikTok, Rihanna and A$AP Rocky enjoyed a night out just them two in Beverly Hills.

Rihanna and A$AP brought their baby boy to the Malibu beach for a photo shoot hours before they debuted the child’s first video on TikTok.

Rihanna and A$AP Rocky recently welcomed a baby back in May — and now they’re sharing the first look of their little one with the world!