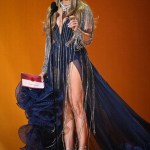 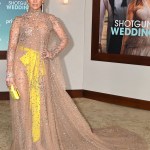 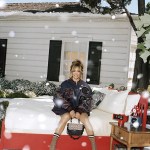 Also Known As:
J.Lo, Jenny From the Block
Height:
5' 7"
Hometown:
The Bronx

Bio:
Jennifer Lopez (born Jennifer Lynn Lopez in The Bronx, New York, on July 24, 1969) is an American and Latina actress, businesswoman, dancer, and recording artist. She is best known as J.Lo, and for her musical career that has landed her chart topping singles and sales of 70 million records worldwide. Jennifer began her career as a fly girl for the TV comedy show In Living Color, and as a back-up dancer for Janet Jackson. Her breakthrough role as the leading actress in the biographical film Selena earned her an ALMA Award and a Golden Globe nomination. After gaining worldwide recognition and appearing in several films, Jennifer began her recording career, which has produced seven hit albums! Singles including “If You Had My Love,” “I’m Real,” and “Love Don’t Cost A Thing” are just a few of her number-ones. In 2010, Jennifer became a judge for TV show American Idol. With this worldwide exposure, she revamped herself as a style and fashion icon, and earned the title of The World’s Most Beautiful Woman in 2011 according to People magazine. She released two albums after that, Love? and A.K.A., and in 2016, she started filming the TV series Shades of Blue. Jennifer also has a fashion line, various perfumes and celebrity endorsements.

Best Known For:
Jennifer is best known for her blockbuster hits including “Selena,” “The Wedding Planner” and “Maid in Manhattan,” as well as her chart-topping singles.

Personal Life:
Once very public about her love life, Jennifer has gone through three marriages and a failed engagement. She is the mom of twins Emme and Max with ex-husband Marc Anthony. While dating Ben Affleck, “Bennifer” gave birth to the trend of blending celebrity couples names together, and being referred to by the combination of each others’ first names. After dating back up dancer Casper Smart from 2011 to 2016, Jennifer was then rumored to be seeing Drake. She’s currently dating former NY Yankees star Alex Rodriguez.

Pink is not often a color used for bridal wear, but after seeing Jennifer Lopez’s bubblegum-colored dress during a ‘Shotgun Wedding’ press event, it might as well be.

Jennifer Lopez was holiday style perfection once again, as she shared a pic in her chic New Year’s celebration dress.

Jennifer Lopez posed on a staircase as she smiled up at the ceiling, in the new festive snapshot, and revealed her style was inspired by ‘hummingbirds.’

Shop this $30 coat that looks just like J. Lo’s

Jennifer Lopez is famous for her signature, youthful glow — and she’s sharing her skincare secrets on Instagram!

Ben Affleck and Jennifer Lopez ‘sleighed’ their Christmas party, which included some Yuletide PDA and Ben showing off his singing skills!