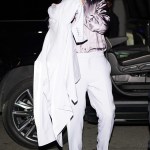 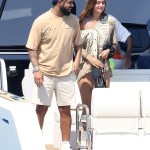 Drake (born Aubrey Drake Graham in Toronto, Ontario, Canada on October 24, 1986) is a Canadian hip hop artist and actor. He is one of the most beloved entertainers of Gen Z worldwide, and continues to put out top-charting music year over year.

While growing up in the suburbs of Toronto, he met one of his classmate’s father’s who was an agent, and after auditioning for him, he landed the role of Jimmy Brooks on the iconic Canadian teen drama series Degrassi: The Next Generation. The series followed a group of teens at Degrassi High School, and Drake’s character, affectionally dubbed “Wheelchair Jimmy”, was a standout basketball player who became wheelchair-bound after he was shot by a classmate. He appeared on the show for seven years from 2001 to 2009, and he gained a legion of fans in Canada given the show’s cult status.

As his time on the show was coming to an end, he began pursuing a career in music. Drake first attempted the crossover in 2006 with his first mixtape Room for Improvement, which was followed by his sophomore release Comeback Season in 2007. His second album was released by his own record label, October’s Very Own, which he later shortened to OVO. One of the most significant tracks on the album was “Replacement Girl” which featured Lil Wayne. When Drake’s Degrassi character was cut from the series, he considered looking for a day job as he didn’t have a consistent stream of income, however he received an unexpected call from Lil Wayne himself, who asked him to fly out of Canada and join him on tour. The rest, as they say, is history.

Drake dropped his third mixtape So Far Gone in early 2009, and shot to the top of the charts with his hit song “Best I Ever Had”. He then signed with Lil Wayne’s Young Money Entertainment company and went on to release his first full studio album — Thank Me Later — which debuted at Number 1 on both the American and Canadian charts, and was certified platinum. His second studio album, Take Care, dropped in 2011, and went on to win the Grammy Award for Best Rap Album. His next critically acclaimed album Nothing Was The Same featured the smash hit “Started From The Bottom” which discussed his journey to success and the struggles he faced along the way. His following album featured the song “Hotline Bling” which not only saw his win the Grammy for best rap song and best rap/sung performance in 2017, but it also spawned countless memes thanks to its unique music video.

Later that year, he won 13 awards awards at the Billboard Music Awards, breaking singer Adele’s record for the artist with the most wins in a single year. Perhaps his biggest album to date, Scorpion, dropped the following year and featured songs like “God’s Plan”, “Nice For What”, and “I’m Upset”. The album was streamed more than 170 million times on Apple Music and 132 million times on Spotify within the first 24 hours, and he became the first artist to reach one billion streams in one week. He won the 2019 Grammy for Best Rap Song for “God’s Plan”, and went on to collaborate with former rival Chris Brown on the song “No Guidances”. In 2020, he dropped a new mixtape Dark Lane Demo and was back at the top of the charts with his singles “Omertà” and “Money in the Grave”.

Drake grew up in a musical household: his father, Dennis Graham, was a drummer for the legendary rock legend Jerry Lee Lewis, and his mother, Sandi Graham, also hailed from a “very musical” family — his grandmother babysat Aretha Franklin. While his dad was an African American Catholic, his mom was a white Canadian Jew, and when his parents divorced when Drake was just five, he was raised by his mother in an affluent Toronto neighborhood. His unique ethnic and religious background made him feel like somewhat of an outsider, and he said, “nobody understood what it was like to be Black and Jewish [but] being different from everyone else just made me a lot stronger.”

As his star began to rise, Drake managed to keep much of his personal life private, admitting that his ex girlfriend’d have inspired his music. Nevertheless, he was first linked to singer Rihanna in 2010, and the pair dated on-and-off for over five years. Their relationship was the catalyst for a a violent club fight that broke out between him and Chris Brown in the summer of 2012. Several onlookers sustained injuries and both singers faced legal consequences for their actions.

In late 2016, Drake was rumored to have started a fling with Jennifer Lopez, after he was spotted at her Vegas concerts multiple times, and post pics of them embracing on Instagram. As time went on, the PDA levels would skyrocket between them, but a romance was never confirmed between either. What did come of the short-lived romance was some music collaboration.

In 2017, rumors began to swirl that Drake had fathered a child with former adult film star Sophie Brussaux. The birth of Adonis Graham remained a mystery to the world until the release of Pusha T’s diss track “The Story of Adidon” in May 2018. Drake then confirmed that Adonis was his son on his album Scorpion, released in 2018, and the toddler now makes appearances on his famous dad’s Instagram page. He first shared photos of Adonis in March of 2020, and has proudly showed off his blonde mini-me ever since.

The Most Popular Questions About Drake

Why Did Drake Name Himself Drake?

Though Drake isn’t his given first name, it is his middle name. The rappers full name is Aubrey Drake Graham, and he adopted his middle name as his performing name. The name was special to his father, though Drake isn’t quite sure why. In an interview with  Hip Hop Canada, he explained, “My dad is a character so it could be anything. I just really loved the name and I embraced it my whole life.”

Does Drake Own OVO Clothing?

Drake is indeed a backer of the OVO (October’s Very Own) Clothing Line, though he is not the sole owner. His business partner, Oliver El-Khatib, oversees the business with him. Drake did register OVO as a business in California in 2015, naming himself as general partner before signing over that role to El-Khatib in a second filing later that year, according to Business of Fashion.

How much is Drake worth?

In 2019, Drake landed at #5 on the Forbes’ list of Richest Rappers of the year. As the younger on the list, his take more than $2 million per tour stop, and he was estimated to be worth $150 million.

Drake’s custom necklace was created over the span of 14 months with 351.38 carats of diamonds, jewelry designer Alex Moss revealed on Instagram.

Like father, like son. Adonis Graham joined his father – NBA superfan Drake — for some quality time while courtside for a Toronto Raptors game.

Drake took to the pulpit at Takeoff’s memorial on Friday to share something he loved about the late Migos rapper.

s there anyone that Drake DIDN’T upset with his new album? After calling Alexis Ohanian a ‘groupie,’ Serena Williams’ husband fired back.

Drake bravely called out the conservative lawmakers who overturned Roe V. Wade in a song featured on his new album. Listen here!

After Drake called Megan Thee Stallion a liar on his new song ‘Circo Loco,’ she clapped back at him for ‘joking about a woman getting shot.’