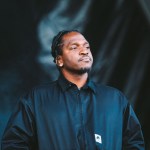 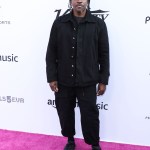 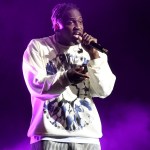 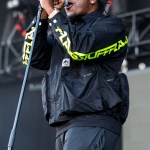 Bio:
Pusha T (born Terrence Thornton in the Bronx, New York, on May 14 1977), is an American hip hop recording artist and one half of hip hop duo Clipse, along with his brother and fellow rapper Gene “No Malice” Thornton. He is also the CEO of Re-Up Records along with his brother. He released his debut album My Name Is My Name in 2013. He took over for Kanye West as the president of GOOD Music two years later and released his second album King Push — Darkest Before Dawn: The Prelude that same year.

Best Known For:
Pusha T is best known for his hits, which include “Trouble on My Mind”, “What Do You Take Me For?,” and his feuds with Drake and Lil Wayne.

Personal Life:
Pusha T was romantically linked to Destiny’s Child singer Kelly Rowland when they were seen together at a club in 2013. But in 2017, he proposed to his longtime girlfriend Virginia Williams.

Got beef? Pusha T certainly does with McDonald’s, and thanks to some help from Arby’s, the rapper gets a little bit of revenge on the fast food titan with a diss track that’ll leave McDonaldland in flames.

Pusha T and Young Thug are at each other’s throats over a leaked song, in which Pusha apparently references his feud with Drake. And Pusha’s not standing for any disses from Young Thug about it.

More than two years after Drake and Pusha T were embroiled in one of the biggest rap feuds ever, Drizzy is opening up about the beef and why he has no plans to forgive Pusha OR Kanye West.

Pusha T may claim that he found out about Drake’s baby from 40, but the Canadian star doesn’t believe him. HL has learned EXCLUSIVELY what Drake really thinks about the latest chapter in this rap saga.

No wonder Drake needs ‘no new friends.’ Pusha T claims Drake’s longtime producer and close confidant, Noah ‘40’ Shebib, was the one who spilled the tea on Drizzy’s secret son. Get to know all about him.

The Drake & Pusha T feud continues! Drizzy dropped a new video for UK rap channel Link Up TV in which he raps a new freestyle and throws some massive shade at Pusha and Kanye West.

Surgical summer has been cancelled – for good! Pusha T rocked Drake with a scathing diss track, but instead of offering a response, Drake reportedly decided he’d rather take an L than lose his soul to the feud!