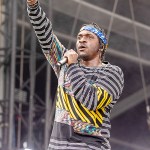 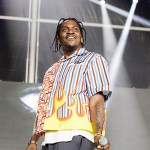 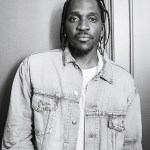 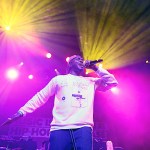 No wonder Drake needs ‘no new friends.’ Pusha T claims Drake’s longtime producer and close confidant, Noah ‘40’ Shebib, was the one who spilled the tea on Drizzy’s secret son. Get to know all about him.

Loose lips sink ‘ships — like friendships. It’s possible that Noah “40” Shebib, 35, just 86’d his working relationship with the “6 God,” Drake, 31. Pusha T, 41, whose “Story of Adidon” diss track revealed Drake’s secret son, claims he found out about the child not from Kanye West, 41, but from Noah…sorta. “The information came from 40,” Pusha said on Joe Budden’s podcast. “40 is sleeping with a woman, who…he talks to her daily. …And ultimately [he] speaks about how he’s disgruntled about certain things, notoriety and things involving Drake and his career.” 40 supposedly told this woman about Drake’s kid, and she “divulged this information.” Being that 40 is one of Drake’s closest friends, these accusations that he was the one whose tongue slipped set Twitter ablaze. But, who exactly is 40?

1. 40 is best known as a producer on a bunch of Drake songs. While some fans may not know 40’s name, most know his work. He’s primarily associated with Drake, having produced his 2009 So Far Gone mixtape (per GQ) that has defined Drake’s sound ever since. 40 has worked mostly with Drake — producing tracks like “Headlines,” “Started From The Bottom,” “Summer Sixteen,” “God’s Plan,” “Nice For What” — but he has worked with others like Little Mix, Nas, and Usher.

However, whenever Drake is guesting on a track – like on Beyonce’s “Mine,” 2 Chainz’s “No Lie” and Tyga’s “Still Got It,” for example – 40 is probably listed as the song’s producer.

2. He’s a former child actor. He’s the son of director Donald Shebib (“one of the most successful Canadian filmmakers in the history of cinema,” he told Fader) and Tedde Moore, who is known for being Miss Shields in A Christmas Story. So, 40 went into the family business early. His first role was on the 1996 Goosebumps series, the “Go Eat Worms” episode. He also appeared in The Virgin Suicides, The Last Don and Wind At My Back.

3. 40 earned the nickname for his work ethic. The name doesn’t come from an affinity for 40 oz. malt liquor bottles. While working with Jelleestone, Noah was dubbed “40/40” by the artists kids, according to Fader, because Noah was working on the mix when they went to sleep and was still working on it when they woke up the next morning. “He works 40 days and 40 nights straight!” they said.

4. He has Multiple Sclerosis. At age 22, 40 was diagnoses with multiple sclerosis, the chronic illness that destroys the nervous system. “I was walking slower than grandma for six months, then like grandma for six months.” Six years after the diagnosis, he had no signs of pain or trouble moving.

5. Drake once called him family. “That’s my brother,” Drake told Fader’s Nick Sylvester in 2011. “Within the realm of music, that’s the only person I’m related to.” Well, we’ll see if they’re that close after this scandal.