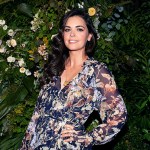 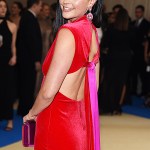 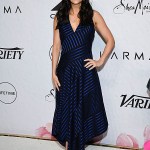 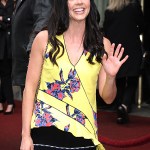 Congratulations are in order for Katie Lee, 38, who revealed she’s expecting her first child with husband Ryan Biegel! The Food Network star made the exciting announcement on Instagram Feb. 26 with a photo of herself at a kitchen counter, holding a massive forkful of spaghetti with her black, long-sleeved tank top pulled up to show off her baby bump. “Eating for two. Baby Biegel is on the way!” she captioned the sweet snap, with a spaghetti emoji. The happy news comes almost a year after the cookbook author opened up about her difficulties conceiving. She got very candid in a lengthy Instagram after revealing she had undergone an unsuccessful round of IVF. “We just finished the intense process only to get zero healthy embryos. Not only is IVF physically exhausting, the emotional toll is unparalleled,” she wrote in the April 24, 2019 post.

Katie, who was previously married to Billy Joel, continued, “We were filled with hope and excitement only to be crushed. It is really hard to put on a happy face. Fertility issues are supposed to be private so many of us are silently in pain.” Katie and Ryan were married in September 2018, and we’re so happy that they’re about to make their family of two, a family of three! Fans and friends were also quick to congratulate the adorable couple, including makeup maven Bobbi Brown and actress Claire Holt. “Ahhhhhh!!! Im so happy for you!!!! Congratulations!!!!!!” the Vampire Diaries star wrote. Fellow celeb chef Eden Grinshpan, who hosts Top Chef Canada, also showed her support. “Ahhhhhh!!!!omg! Yay! Congrats beauty! So happy for you,” she commented.

Along with her IVF struggles, Katie revealed in a 2019 Instagram post that she dealt with body-shaming while on her journey to pregnancy. “I get multiple messages a day asking me if I’m pregnant or why I am not pregnant yet. After one said that I looked ‘thick in the waist’ I finally responded that it’s not ok to comment on a woman’s body and you never know what someone is going through,” she wrote, adding, “I naively thought it would be easy. I’m a healthy woman, I eat a balanced diet, exercise, I don’t smoke. Ryan is the same.”

Eating for two 🍝 Baby Biegel is on the way!

Despite the hurdles and the hoops she’s had to jump through, Katie is finally growing her family. Big congratulations to the parents-to-be, we can’t wait to follow their pregnancy journey!