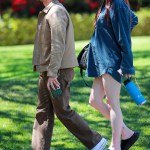 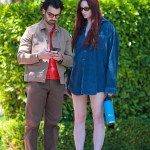 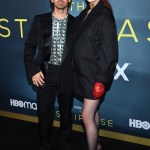 Bio:
Joe Jonas (born Joseph Adam Jonas in Casa Grande, Arizona on August 15, 1989) is an American pop singer, musician, actor, and dancer. He was a member of the Jonas Brothers, a pop-rock band made up of him and his two brothers, Nick and Kevin. Unfortunately after years of success together, the brothers announced on October 29, 2013 that they would no longer be making music together. During his time as a Jonas Brother, Joe also has appeared in two Disney Channel Original Movies, Camp Rock and Camp Rock 2. In September 2015, Joe announced that he was the lead singer of a new band, DNCE. The Jonas Brothers reunited and confirmed they were back together in March 2019.

Best Known For:
Joe is best known for being in the Jonas Brothers and also for being the frontman of DNCE.

Personal Life:
Joe has dated many famous women over the years. In 2005 while the Jonas Brothers were touring with Aly & AJ, Joe was briefly linked to AJ Michalka. Joe had a highly publicized romance with Taylor Swift, but in 2008 he allegedly broke up with her to date actress Camilla Belle. Sadly, that romance didn’t last very long either, as they broke up in July 2009. In March 2010 it was revealed that Joe was dating his then Camp Rock co-star, Demi Lovato, but they broke up just two months later in May. Joe later dated actress Ashley Greene from 2010 to 2011, then in 2012 he started dating fashionista Blanda Eggenschwiler. In 2015 Joe briefly dated model Gigi Hadid for a few months, and she even directed DNCE’s first music video for “Cake By The Ocean,” but they broke up in October of that year and she started dating Zayn Malik. Joe then started dating Sophie Turner in the fall of 2016. In October 2017 the couple announced their engagement, and they tied the knot in a quickie Las Vegas ceremony after the Billboard Music Awards on May 1, 2019.

Sophie Turner has confirmed her second pregnancy with Joe Jonas via a bumpin’ photo shoot. She also gave details about how daughter Willa is adjusting to the news.

One of the entertainment industry’s most stylish and adorable couples has arrived! Check out photos of Joe Jonas and wife Sophie Turner at fashion’s biggest night.

Soon-to-be mom-of-two Sophie Turner showcased her baby bump in a black bodysuit for an NYC date night with her hubby Joe Jonas.

Sophie & Joe rocked casual ensembles as they enjoyed a fun-filled day at an outdoor food market with their adorable daughter Willa.

The Jonas Brother showed off his moves while his pregnant wife was trying to pull out of the driveway in a silly new Instagram video.

The ‘Game of Thrones’ star looked beautiful in a black dress while heading to a Miami farmer’s market with her husband.

Sophie Turner flattered her baby bump with a flowing red gown while Joe Jonas also shined in a suit that was bedazzled from head to toe.