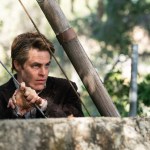 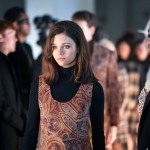 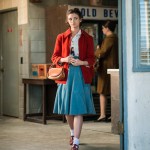 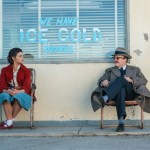 Patty Jenkins & Chris Pine are a dynamic duo, and now they’ve brought another masterpiece to the screen with ‘I Am The Night.’ The award-winning director talks to HL about why Chris was perfect for the role of Jay.

Patty Jenkins wasn’t expecting anything to come from her meeting with Fauna Hodel, but obviously, the universe had other plans. “Somebody told me, ‘There’s this woman’s story, you’ve got to hear it,'” the I Am The Night director told HollywoodLife.com in an exclusive interview at a Cinema Society-hosted screening of the new TNT show. “I sat down with her, not at all expecting anything to come from it, and what proceeded was the most incredible story I’ve ever heard in my life, being told by the most wonderful, kind, giving, and lovely woman.” However, as Patty went on to explain, the timing wasn’t right — she was wrapping Wonder Woman and preparing to film the sequel. “I overcame my fear of how completely dark the story was and I wanted to tell it, but we just couldn’t get it made back then,” Patty explained. “It was actually Chris [Pine] that we have to thank for this whole thing happening, because it was when I told him the story, that he said, ‘You have to do that. You’ve got to do that, that’s incredible.’ Chris and I love working together, and we talk all the time about more projects to do together, so it’s a no brainer.”

Patty took the Fauna Hodel’s haunting story to her husband, Sam Sheridan, who ended up writing and producing the series. “There was something about the dichotomy of Fauna’s story — about this person who discovers these horrific things about themselves, and the positive beauty behind her spirit of not being defined by it,” Patty added. “I was like, ‘That’s the story. I know that that’s the story.'” She found her dream cast in Chris Pine, as journalist Jay Singletary, newcomer India Eisley, as Fauna Hodel, and Jefferson Mays as the eery and mysterious Dr. George Hodel. Fauna’s story, while widely unknown, is tied to the Black Dahlia murder, as her wealthy Hollywood gynecologist grandfather, Dr. George Hodel, is one of the lead suspects in the unsolved case. The six-episode limited TV series premieres on TNT on January 27 at 9 PM ET..