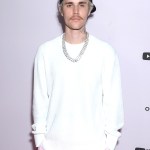 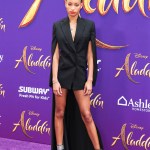 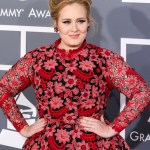 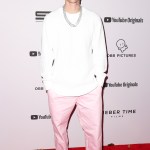 Celebrities continue to open up about their own experiences with anxiety, depression and other mental health struggles. Willow Smith is the latest star to bravely reveal her private journey.

Celebrities know how important the topic of mental health is. Stars like Adele and Justin Bieber have been candid about how they’ve navigated their way through tough times. These stars and many more continue to create safe spaces through their platforms to speak about anxiety, depression, self-love, body acceptance and more personal struggles that were once so taboo to address. Learn more about the celebs who’ve opened up about their experiences with mental health, below.

Willow Smith, 20, bravely confessed on her Red Table Talk show that she had an “experience” with “extreme anxiety.” The singer spoke out during the Dec. 22, 2020 episode of the Facebook Watch series, which she co-hosts with her mom Jada Pinkett Smith and grandmother Adrienne Banfield-Norris.

“I couldn’t talk,” Willow admitted, before revealing how she coped with the situation. “I had to just cocoon and just be with myself for a moment. And that was so important because it would have been more intense if I was looking to you [Mom] to be like, ‘No, help me.’ And then when I was ready, [I opened] the cocoon.”

It’s not the first time that Willow has spoken about her mental health struggle. During a May 2018 Red Table Talk episode, she revealed that when she was just 9-years-old she turned to self-harm to cope after the release of her first single, “Whip My Hair.”

“I honestly feel like I lost my sanity at one point,” she told her mom and grandmother. “It was after that whole ‘Whip My Hair’ thing and I had just stopped doing singing lessons and I was kind of in this grey area of who am I? Do I have a purpose? Is there anything that I can do aside from this?”

She later confessed that she started secretly cutting herself on her “wrist.” “After the tour and the promotion and all of that…they wanted me to finish my album and I was just like…I’m not going to do that. And then, after all of that kind of settled down and it was a kind of lull, I was just listening to a lot of dark music and it was just so crazy. And I was plunged into this black hole and I was cutting myself.”

“I never talk about it because it was such a short weird point in my life…” she went on to say. “I honestly felt like I was experiencing such emotional pain but my physical circumstances weren’t reflecting that.”

Despite being extremely private, Adele recently revealed that she took a deep dive into her own soul through a powerful book — Untamed by Glennon Doyle. The Grammy-winning singer, 32, who’s currently on an inspiring weight loss journey, admitted she learned that she’s the controller of her own happiness. “If you’re ready – this book will shake your brain and make your soul scream. I am so ready for myself after reading this book!” Adele wrote in the caption of an Instagram post, which featured the cover of Untamed. “It’s as if I just flew into my body for the very first time. Whew! Anyone who has any kind of capacity to truly let go and give into yourself with any kind of desire to hold on for dear life – Do it. Read it. Live it. Practice it,” she continued, explaining, “I never knew that I am solely responsible for my own joy, happiness and freedom!! Who knew our own liberation liberates those around us? Cause I didn’t!! I thought we were meant to be stressed and disheveled, confused and selfless like a Disney character!”

Ashely Tisdale has opened up about mental health on a number of occasions throughout the COVID-19 pandemic. In a candid Instagram post on August 17, the High School Musical alum, 35, revealed that a breast augmentation surgery led to a lot of health challenges. “Hey guys, this is probably the most personal post I’ve ever shared. As you know, I’ve been very open about my mental health journey and feel that this is equally important,” she began in a caption alongside a photo of herself on the beach. “Years ago I underwent breast enhancement surgery. Prior to the surgery, I constantly felt my body was less than, and thought this change would make me feel more whole and more secure about myself. And for a short period of time … it did. But little by little I began struggling with minor health issues that just were not adding up — food sensitivities as well as gut issues (full story on @frenshe) that I thought could be caused by my implants,” Ashley explained, admitting, “So, last winter I decided to undergo implant removal.”

“This journey has been one of growth, self discovery, self acceptance and most importantly self-love,” Ashley continued, noting that her beach photo “was two months after my explant surgery and I think you can tell just how happy I am to finally be fully me.” She explained, “Over the years I’ve met with many holistic and non-holistic doctors and learned the importance of living a non-toxic life…  I can’t say I’m the proudest of the choices I made in the past but I don’t regret it because it got me here today.”

Justin Bieber fans will know that the singer has admittedly struggled with mental health issues. In a lengthy Instagram post in September of 2019, the “Stuck With U” singer, 26, opened up about a past of “doing pretty heavy drugs,” “abusing all of my relationships” and being “disrespectful to women” over the years.

“It’s hard to get out of bed in the morning with the right attitude when you are overwhelmed with your life, your past, job, responsibilities, emotions, your family, finances, your relationships,” Justin wrote at the time. “When it feels like there’s trouble after trouble after trouble. You start foreseeing the day through lenses of ‘dread’ and anticipate another bad day. A cycle of feeling disappointment after disappointment. Sometimes it can even get to the point where you don’t even want to live anymore,” he admitted. “Where you feel like it’s never going to change. I can fully sympathize with you. I could not change my mindset.”

In February of 2020, the singer was candid about his battles with addiction and mental health challenges in his YouTube docuseries Justin Bieber: Seasons. After years of struggles with mental health, Justin has admitted that religion, love, music and his close circle of friends and family have helped in his healing process.

Paris Jackson was an open book in her new Facebook Watch series, Unfiltered: Paris Jackson & Gabriel Glenn — the 22-year-old singer’s now ex-boyfriend. In the 2020 series, Paris admitted that she fell into a depression following the loss of her dad, Michael Jackson, in 2009. “For me, my depression comes in waves, so even though the lows are unbearably low, I would still rather that than nothing. Pain is way better than just numb because at least you’re feeling something,” Paris said about self-harm during the series, adding that she attempted suicide “many times,” and was later sent to boarding school in Utah. “I learned a lot about myself. The problems that I went there with got fixed, but I left with way more than I came in with,” she said. “I’m trying to just be content. … Self-love sh-t is hard.”

Ahead of his 31st birthday in March of 2019, Big Sean (now 32) spoke candidly about his struggles in a series of videos on Instagram (click here for videos two and three). “Around this time last year, around my birthday, it was good for me, but it was wild for me too because I felt like something wasn’t all the way connecting with my energy. I wasn’t feeling like myself and I couldn’t figure out why,” the “Bezerk” rapper said at the time. “I stepped back from everything I was doing, from everything I had going on because somewhere in the middle of it, I just felt lost,” he continued, admitting, “I started therapy. I got a good therapist. I was blessed enough to talk to some super spiritual people and they made me realize one thing that I was missing in my life. And one thing I was missing was clarity. Clarity about who was around me, what I was doing — even in music, which is my happiness, my joy, that was always an escape for me, was starting to feel like a burden.”