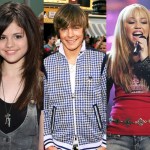 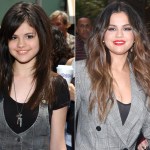 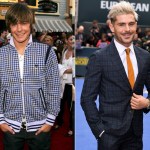 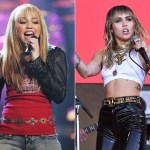 Selena Gomez had an incredibly brave confession to make when she appeared on Miley Cyrus’ IG Live show. The singer revealed that she recently discovered she’s bipolar.

Whether you were more of a Hannah Montana fan or an avid Wizards of Waverly Place viewer, former frenemies Miley Cyrus and Selena Gomez, both 27, reunited to give us the best of both worlds. During their conversation on the April 3 episode of Miley’s Instagram Live show, BRIGHT MINDED: Live With Miley (which you can watch below), Selena made a stunning confession: she has been diagnosed with bipolar disorder. The singer, who has been incredibly open about her mental health struggles, has never specified that she’s bipolar, and fans were in awe of her bravery. “Recently, I went to one of the best hospitals in the world — or definitely in America — McClean [Hospital, in Massachusetts], and I discussed that after going through years of a lot of different things, I realized that I was bipolar,” Selena told Miley. “And so, when I know more information it actually helps me; it doesn’t scare me once I know it. And I think people get scared of that.. I’m from Texas, where it’s not known to talk about your mental health. You’ve got to seem cool.”

Selena’s fans were over the moon happy for their idol, knowing that she’s getting the help she needs. “selena has been through so much, she is bipolar, has been battling with anxiety, depression and lupus and on top of that she gets bullied online everyday by people who have no idea about her struggles. she’s one of the strongest women I’ve ever known. I’m so proud of her!!”, one encouraging fan tweeted. “lupus, kidney transplant, anxiety, depression, bipolar but none of that brought her down. selena is really the strongest person ever,” another Selenator tweeted, using the crying emoji. “she is a clear example of bravery, despite her anxiety, lupus and depression, in addition to those who hate her, she knows how to keep going and that’s why I love you.”

Selena is candid about her experiences with anxiety and depression. She actually canceled the rest of her Revival tour in 2016 to seek help with her conditions, which she says stemmed from lupus. She also had to get a kidney transplant during that break from the public eye. Selena talked to her fans in a September 2019 Instagram Live about living with depression, and encouraged them to listen to a song that always helped bring her joy: “This Girl” by Lauren Daigle.

Selena announcing that she is bipolar on Bright Minded pic.twitter.com/32KUgko4Gj

Elsewhere in the interview, the duo reminisced about their Disney Channel days and talked their friendship, their families, and more. Selena’s appearance on the talk show, which Miley started in response to the COVID-19 pandemic, also squashed any talk of them feuding. Rumors that Miley and Selena were on the outs began to surface in the late 2000s, after reports that Selena was dating Nick Jonas following his split from Miley — a break up that inspired her hit song “7 Things”. With that far in the past, Miley and Selena are all good. Selena even told Miley that she thought she was one of “the best singers of all time.” Now that’s praise.

Selena isn’t the first Disney star Miley has invited onto her talk show. Fans got the best of both worlds when former Hannah Montana co-star Emily Osment, 28, stopped by on March 23 to reminisce on their Disney days. The duo looked at old pics, including a shot of them as young teens with their arms wrapped around one another. “This was our first day of like really hanging out,” Miley shared, while the next photo documented another “first”: their first day of press for Hannah Montana! “My teeth had pretty much all decided to fall out like a month before,” Miley joked.