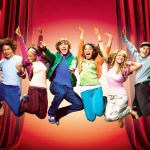 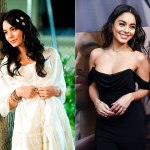 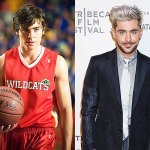 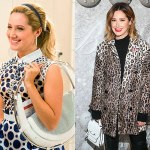 It’s been more than 15 years since ‘High School Musical’ premiered on Disney Channel. Take a look back at stars like Zac Efron, Vanessa Hudgens and more then and now!

High School Musical was just one of many Disney Channel Original Movies when it premiered on January 20, 2006. However, no one knew that the movie would become a worldwide phenomenon. Viewers fell in love with Troy, Gabriella, Sharpay, and more. The first movie was so popular it spawned a trilogy, a live tour, and a hit Disney+series. In the 15 years since the very first High School Musical movie was released, the stars of the DCOM have changed so much. Let’s take a look at the original High School Musical cast then and now!

Zac Efron, 33, danced on that basketball court 15 years ago as Troy Bolton and became an instant heartthrob. Zac was roughly 18 years old when took on the role of Troy Bolton, a performance that skyrocketed him to stardom. The end of his Disney Channel days saw Zac grow from shaggy-haired teenager into a bonafide sex symbol. While Zac starred in the short-lived series Summerland before High School Musical, it was the DCOM that made him a household name. He’s starred in a wide genre of films, from blockbusters like Baywatch, comedies like Neighbors, epics like The Greatest Showman, and even had a turn as a serial killer in the drama Extremely Wicked, Shockingly Evil and Vile. He recently starred in the Netflix documentary series Down to Earth with Zac Efron.

Over the years, he dated a bevy of beauties, including one of his HSM co-stars! (But more on that later.) Zac is now dating Australian model Vanessa Valladares, 33. They met at a cafe that Vanessa was working at while Zac was in Australia and they were seen together in Sept. 2020. Since then, they’ve become inseparable.

Vanessa Hudgens, 32, who played Gabriella Montez, skyrocketed to fame after High School Musical, earning the role of Gabriella when she was just 17 years old. She enjoyed a short-lived career as a pop star (“Sneakernight,” anyone?) and earned critical acclaim for her role as a party girl turned criminal in Spring Breakers. More recently, she showed off her impressive singing chops in two televised musicals: Grease Live! and RENT at the Hollywood Bowl. Vanessa has become the go-to girl for holiday films, starring in Netflix originals like The Princess Switch and The Knight Before Christmas. Vanessa dated actor Austin Butler from 2011 to 2019 and is now head over heels for MLB star Cole Tucker.