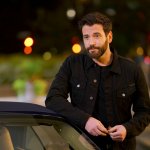 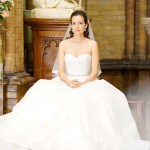 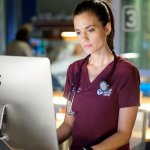 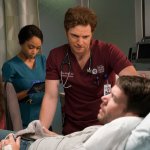 Natalie’s memories are finally coming back and HollywoodLife has the EXCLUSIVE scoop on what we can expect from the fall finale. Buckle up. It’s about to get bumpy.

The time has come. Natalie’s memories from before the accident come flooding back during the Nov. 22 fall finale of Chicago Med. After weeks of tension with Will, this could change everything. Chicago Med EPs Andrew Schneider and Diane Frolov tease what this means for Manstead. “Natalie is going to realize that she was misinterpreting and not seeing things the way they really were. And that’s going to be a shock to her,” Diane told HollywoodLife. Andrew added, “And she wants to change things with Will.”

As for whether or not these two will reunite, Andrew said, “You do see a big moment between the two of them where she tells him about what she was going to do and say that evening and wants to reset their relationship.” Diane noted that Natalie is “also going to discover some other things about Philip as well in time.” His influence plays a “big part” in the fall finale, according to Andrew.

Elsa is harboring a crush on Will while he sees himself as more of a “big brother” to her. Diane said that “we will see more of that in the second part of the season. It also allows us to see more of Elsa who has a very hard time expressing her feelings.” On the April and Ethan front, it hasn’t been smooth sailing for them and Andrew revealed it “becomes less smooth” in the fall finale. “April gets some very troubling news in episode 9 that has a big effect on her relationship with Ethan,” he said.

There was that near-kiss between April and Crockett earlier in the season. In the second half of season 5, we’ll learn more about Crockett but not that much. “We like that he’s a little more mysterious than our other characters,” Diane said. “He’s not involved in all their lives because he’s new, so his perspective right now is different. He’s watching things from a distance. So we’ll slowly bring him in.”

Maggie hasn’t had it easy this season after being diagnosed with cancer. She went to great lengths to help her dying friend Ben in the last episode. Heartbreak might be ahead for Maggie. “It’s a difficult episode fo her,” Diane told HollywoodLife. “We can say that.” Chicago Med season 5 will return with new episodes in 2020.