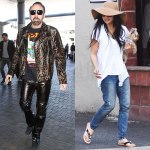 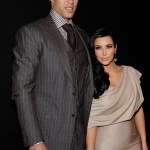 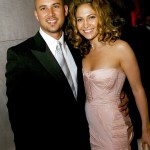 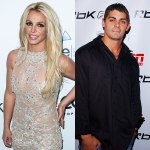 Learn more about Jennifer Lopez’s short-lived marriage to Cris Judd, Nicolas Cage’s breakup with Erika Koike, and so many more!

Although there are plenty of marriages that have stood the test of time in Hollywood, there are a few that just weren’t meant to last. Some couples simply go their separate ways, figure out that they weren’t meant to be, or something far more dramatic takes place to cause two stars to drift apart. As such, we thought it would be a good idea to take a look back at some of the shortest celebrity marriages of all time.

Nicolas Cage and Erika Koike really redefined the term “quickie marriage” with their whirlwind relationship. The National Treasure icon filed for an annulment from his fourth wife just four days after they tied the knot in Las Vegas and he was serious about the split. The actor, then 55, and makeup artist, then 34, applied for a marriage license in Nevada on March 23, 2019, but when Nic came to pick it up on the 27th, he asked for the annulment papers instead!

Long before her engagement to Alex Rodriguez came to an end in April 2021, Jennifer Lopez‘s union with Cris Judd ended quite quickly. Cris was J.Lo’s backup dancer before they decided to take their professional relationship to a new level. After a whirlwind romance, the two tied the knot in September 2001. Unfortunately, the couple divorced less than a year after saying “I do.” The former couple’s divorce was finalized in June 2002.

Another marriage that probably comes to mind is Kim Kardashian and Kris Humphries‘ short-lived union. Kim and Kris, of course, only lasted 72 days. The couple dated for seven months, got engaged, and had a fairytale wedding in August 2011, just three months later, that aired on Keeping Up With The Kardashians. But by October 2011, Kim filed for divorce. Kim spoke candidly about when she knew the marriage wasn’t going to work during her May 2017 appearance on Watch What Happens Live! with Andy Cohen.

“At the time I didn’t even — I just thought, ‘Holy sh*t, I’m 30 years old. I better get this together; I better get married.’ I think a lot of girls do go through that — where they freak out and think they’re getting old and they have to figure it out,” she said. “But I knew, like, [by the] honeymoon it wasn’t going to work out.” The former couple’s divorce was finalized in June 2013.

Britney Spears has a few celebs on this list beat by miles. Her 2004 marriage to childhood friend Jason Allen Alexander lasted an astounding 55 hours. The pair was drunk in Las Vegas and decided to get hitched at a drive-thru chapel. It was annulled following a petition to the court that stated Britney “lacked understanding of her actions.” Want to learn about more stars who had short-lived marriages? Take a look at the gallery above!