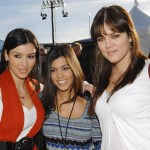 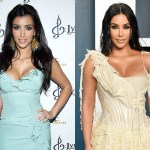 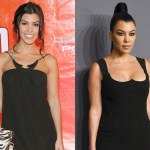 After 20 drama-filled seasons, ‘Keeping Up With The Kardashians’ will be coming to an end. HollywoodLife is answering all of your questions about why the show is ending, what’s next for the KarJenners, and more.

The show has starred Kim Kardashian, Kourtney Kardashian, Khloe Kardashian, Rob Kardashian, Kendall Jenner, Kylie Jenner, Kris Jenner, Caitlyn Jenner, and Scott Disick. Keeping Up with the Kardashians has spawned multiple spinoffs over the years, including Kourtney and Khloé Take Miami, Life of Kylie, and more. There have been a number of iconic moments throughout the past 19 seasons. Never forget when Kim lost her diamond earring in the ocean or when Kim took a selfie when Khloe was going to prison.

The KarJenners feel like family, so it’s only natural that fans would have questions about the show coming to an end. From the family’s statement to the final day of filming to where you can watch old episodes of KUWTK, HollywoodLife has rounded up everything you need to know.

Is ‘Keeping Up With The Kardashians’ Cancelled?

No, Keeping Up With The Kardashians has not been cancelled. The show is coming to an end in 2021 after 20 seasons. The decision was made by the family. The KarJenners announced that the show would be ending in a joint statement released via social media in Sept. 2020.

The statement read: “It is with heavy hearts that we say goodbye to Keeping Up With The Kardashians. After what will be 14 years, 20 seasons, hundreds of episodes, and several spin-off shows, we’ve decided as a family to end this very special journey.  We are beyond grateful to all of you who’ve watched us for all of these years – through the good times, the bad times, the happiness, the tears, and the many relationships and children. We’ll forever cherish the wonderful memories and countless people we’ve met along the way. Thank you to the thousands of individuals and businesses that have been a part of this experience and most importantly, a very special thank you to Ryan Seacrest for believing in us, E! for being our partner, and our production team at Bunim/Murray who’ve spent countless hours filming our lives.” The announcement was signed by Kris, Kourtney, Kim, Khloe, Rob, Kendall, Kylie, and Scott.

E! also released a statement about KUWTK ending: “E! has been the home and extended family to the Kardashian-Jenners for what will be 14 years, featuring the lives of this empowering family. Along with all of you, we have enjoyed following the intimate moments the family so bravely shared by letting us into their daily lives. While it has been an absolute privilege and we will miss them wholeheartedly, we respect the family’s decision to live their lives without our cameras. It is not our final goodbye yet, we are excited to have the new season of Keeping Up With The Kardashians launching on September 17 with the final season airing in 2021. We thank the entire extended family and our production partners, Bunim Murray and Ryan Seacrest Productions for embarking on this global phenomenon together.”

In addition to the statement, Khloe also added a sweet note to fans on her Instagram page. “I am so grateful and thankful to everyone who has supported us and been there through it all. I’m too emotional to fully express myself at the moment. My sappy post will come soon. Change is hard but also needed at times. I love you all. Thank you for the memories!” she captioned her Instagram message.

Why Is ‘Keeping Up With The Kardashians’ Ending?

In Sept. 2020, Kris was a guest on The Ellen DeGeneres Show and admitted that the decision to end the show after season 20 came at the last minute. “It was kind of sudden,” Kris said. “I think we were talking about signing up for another couple of years with our network, and suddenly just all came to the decision as a group that the whole family felt it was just time. It just sort of came to us, and we thought, 20 seasons, 14 years, hundreds of episodes, and lots of spinoffs. It’s so weird to think that when we started the show there was barely Twitter. There were no other social media platforms really. Like, there was no Instagram, no Snapchat, no grandchildren, people weren’t married or divorced. It’s just so crazy that all of this has happened and to look back and think I have the most amazing home movies in the world.”

The KarJenners are also ready to pursue other interests and are increasingly busy with their makeup brands, clothing brands, and more. However, just because Keeping Up With The Kardashians is ending doesn’t mean the KarJenners are headed away from TV. During Disney’s Investor Day in Dec. 2020, it was announced that Kris, Kim, Kourtney, Khloe, Kendall, and Kylie will create global content that will stream exclusively on Hulu in the U.S. and in multiple territories on Star internationally. Their content is expected to debut in late 2021. Additional details about their Hulu content have not been revealed just yet.

HollywoodLife also learned from a source close to the Kardashians that the show caused “issues” for Kim and husband Kanye West. “Kanye has never been into doing the show, the constant paparazzi or the cameras, and he and Kim had that understanding, but that was a big thing they’d fight about for years,” our source said. Kanye appeared sparingly in the later seasons, but he was never a full-time cast member.

Kim also weighed in about why the family decided to end the show in an interview with Grazia USA. “Sometimes we just need a break,” she said in Oct. 2020. “It’s really simple. We just need a minute to regroup. You know, we haven’t had a break for 14 years. We’ve gone in filming a season, then a spin off and I think there’s no other way to say it other than, we just live such big lives. And we have kids now. And they need us.”

When Is ‘KUWTK’ Coming Back?

As E! wrote in their statement, Keeping Up With The Kardashians will return for its 20th and final season in 2021. Season 19 aired from Sept. 2020 to Nov. 2020. The KarJenners and E! have not revealed a specific premiere date for the final season, but the family has been filming amid the COVID-19 pandemic. Their last day of filming was Jan. 8, 2021.

How To Watch ‘Keeping Up With The Kardashians’

If you’re looking to having a KUWTK rewatch or want to watch classic episodes, you’re in luck. E! frequently airs reruns of Keeping Up With the Kardashians. You can also watch seasons 1 to 18 on both Peacock and Hulu. Both streaming services require a subscription in order to watch. As for season 19, you can watch full episodes on NBC.com and on the NBC app. Season 20 will originally air on E!

The cast posted their feelings about their last day of filming on Jan. 8. The official Keeping Up With the Kardashians Instagram page shared a goodbye video featuring Kim. “We just finished filming forever — forever, ever. We’re never filming again. Isn’t that so crazy?” Kim said in the video. She shared drinks with her crew in her backyard. “Cheers to, I don’t know, 15 years, 20 seasons of craziness and lots of love,” she continued.

Kourtney posted on her Instagram Story a photo of a champagne flute and wrote she was “officially sobbing” and “grateful for every single second,” according to Insider. The KarJenners also shared an inside look on their Instagram Stories of their post-filming celebration, which included cookies that looked like Kylie, Khloe, Kim, and more.

Kylie revealed what she wore for the final day of filming. She posted a series of photos of her outfit on Instagram. She wore a cream-colored ensemble that included a matching strapless top, pants, and jacket. Kylie added a pop of color with a long red wig that was braided and nearly went down to her knees!