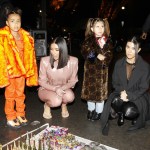 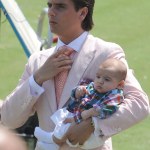 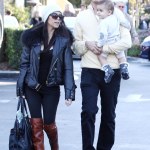 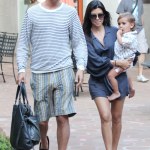 Kris Jenner isn’t just a momager to six kids, she’s also a proud grandmother to 10 little ones — with another on the way! Here’s everything to know about them.

Kris Jenner is a true matriarch. The 65-year-old, who is a momager to six children, is among the most powerful women in Hollywood. However, she’s simply ‘grandma’ (or rather, ‘lovey’) to 10 adorable little ones. Her grandchildren range from eldest Mason Disick to youngest Stormi Webster, who also has a baby brother or sister on the way. Keep reading to find out everything about the 10 youngsters we’ve watched grow up on Keeping Up With the Kardashians.

Mason Disick is Kris’ eldest grandchild, and the son of Kourtney Kardashian and Scott Disick. Born on December 14, 2009, he totally changed his parents’ world! In fact, in honor of her eldest child’s 11th birthday, Kourt took to Instagram and shared the most touching birthday tribute to both Mason and little brother Reign, who was born on the same day five years later. “I’m in trouble. The boys who changed my heart forever,” she wrote at the time.

Fans have watched him grow up before their eyes, and he’s even become a social media aficionado. Mason is regularly on TikTok, and has been known to show off his dance moves on the platform with mom Kourt and her pal, Addison Rae in fun dance videos.

Penelope Disick became Kris’ first granddaughter, and quickly stole the hearts of the entire KarJenner family. Kourt and Scott’s second child was born on July 8, 2012, and has remained the apple of Scott’s eye in the years since. On her ninth birthday, he said that she “changed my life forever.” Scott also told Penelope, “I will never stop loving you each and every day for the rest of your life and will protect you til the day I die.” So sweet!

The baby of Kourt’s clan, Reign Disick was born on the exact same day as big bro Mason, just five years apart. Reign is truly the apple of his mom’s eye, and she has encouraged him to be his most authentic self, whether that was wearing unique outfits or rocking long hair. Despite having super long locks for the first years of his life, the youngster recently got his signature ‘do buzzed off in exchange for a buzzcut. We still love it!

One of Kris’ most stylish grandchildren is the first daughter of Kim Kardashian and Kanye West: North West. The pair welcomed their baby girl on June 15, 2013, and she quickly proved she’s her mama’s mini-me. In fact, the two have been known to wear matching outfits and completely redefine what it means for mothers and daughters to be #twinning goals. We’re obsessed!

However, she’s more than just a pretty face, and fashionista in the making, she’s also taking after ‘Ye in the music department. During Paris Fashion Week in March 2020, North bravely got up on stage during her dad’s Yeezy show. She sang at the event and has since appeared in some of Kanye’s music videos and even performed again at his recent Sunday Service.

Saint West is Kim and Kanye’s second child and their first son! He was born on December 5, 2015, making North a big sister, and Kris a grandmother to five kids. For his birthday in 2020, proud mom Kim threw him a Jurassic Park-themed bash which he appeared to have loved. What a cutie!

And baby makes seven! The birth of little Chicago West via surrogate made Kris a grandma to seven kids, and she couldn’t be happier that both mom and bub arrived healthily! Due to intense complications that Kim underwent during the births of North and Saint, she and Kanye made the decision to welcome their third child via surrogacy, and she was born on January 15, 2018. It was quickly followed by two of her cousins, who would soon become known as the ‘KarJenner Trio.’

Baby Psalm West is the youngest of Kim and Kanye’s clan, and we’ve only recently begun seeing glimpses of the little one on his own two feet! Like his big sister, Psalm was born via surrogacy on May 9, 2019. Over the past year, Kim has documented her sweet baby boy’s growth and how her older children have come into their own as big siblings. North in particular is very protective of her baby brothers and sisters!

True Thompson is the first and only child of Kris’ third daughter Khloé Kardashian and her on again/off again boyfriend Tristan Thompson. The couple welcomed her during a tumultuous period in their lives, in which the NBA star was publicly accused of cheating on his then-pregnant girlfriend. Despite the cheating rumours, Khloe gave birth to True on April 12, 2018. She decided on the name in tribute to her father’s middle name, and her paternal Grandfather’s first name.

Kris’ only son Rob Kardashian is a father of one, having welcomed baby Dream Kardashian with ex Blac Chyna. The pair had been dating for just five months and engaged for one month, when it was reported they were expecting their first child together. The couple confirmed their pregnancy on the premiere of their show Rob & Chyna in September 2016, and she was born on November 10, 2016. So sweet!

Finally, Kris’ youngest grandchild is the daughter of Kylie Jenner: little Stormi Webster. She and on again/off again boyfriend Travis Scott, who are currently expecting their second child, welcomed Stormi on February 1, 2018. The beauty CEO kept quiet until February 4, when she announced she had given birth to a healthy baby girl a few days earlier. Just days after confirming the happy news, she revealed her daughter was named Stormi Webster, in a post that became Instagram’s then-most liked photo. As fans would know, Kylie is set to welcome baby number two soon, which will then make Kris a proud “lovey” to 11 adorable kids.