Kendall Jenner and Devin Booker have already been dating for over a year! Find out everything you need to know about how they met, and some of their relationship milestones.

Kendall Jenner has been dating NBA star Devin Booker since June 2020, and the pair couldn’t look more in love! The Keeping Up With The Kardashians star was first linked to the athlete when they were spotted on a road trip in Arizona back in April 2020. The duo quickly became one of our favorite quarantine couples, but they proved their love was able to outlast the lockdown, and they’ve been going strong for over a year! Find out everything you need to know about the supermodel and the Phoenix Suns point guard.

The couple sparked romance rumors when they were seen outside a rest stop in Sedona, Arizona on April 28. They both cut casual figures as they escaped Los Angeles amid the COVID-19 pandemic. While Devin was new to the Kardashian world, he had already gained quite a reputation in the sporting world. He became the first player in NBA history to debut at the age of 18, after playing just one year of college basketball for the University of Kentucky. The historic game took place two days shy of his 19th birthday where he and The Suns played against the Dallas Mavericks during their season opener in 2015. He is now in the middle of a five-year $158 million dollar contract with the Suns.

They officially started dating in June 2020, which Kendall confirmed by posting about their one-year anniversary on Instagram. However, she also opened up on the KUWTK reunion about why she’s chosen to keep her relationship with her “boyfriend” private despite being in the public eye so much. “I feel like it’s always worked better for me that way,” Kendall admitted in front of her sisters. “And no offense to my older sisters at all, but I think that Kylie [Jenner] and I specifically have had the opportunity to watch my older sisters go through marriages and relationships and breakups and all these things and do them pretty publicly.” 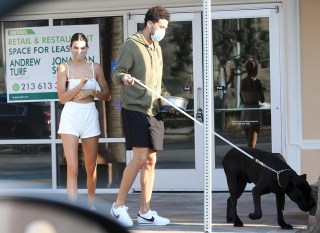 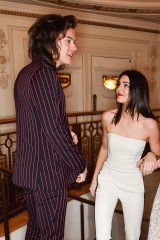 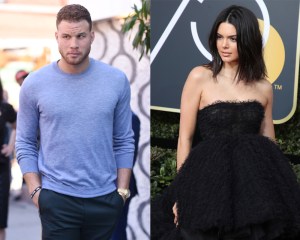 She added, “Again, no offense to you guys at all, but I think it was a personal preference from a really young age that I didn’t really want to like… I think it makes my life a lot easier and our relationship a lot better to be completely honest. I just feel like it’s a private matter. It’s not really for anybody else to judge or know.”

How Did Kendall Jenner & Devin Meet?

While it’s not known exactly how the pair met or who introduced them, it seems they run in similar circles. Kendall has dated multiple NBA players, and they appear to share some mutual friends. When the pair were first linked, a source told TMZ, “Kendall and her friends have a small social circle amongst the group, who have been following the same social distancing and physical distancing guidelines. Devin is a friend and is part of the small group.”

Before Devin came along, Kendall had romanced a few high-profile men over the years. From her on-and-off relationship with former One Direction heartthrob Harry Styles, to the other NBA players she’s courted, Kendall’s relationships have always been a point of interest for fans. Former Disney Channel star Nick Jonas was linked to the supermodel back in 2015 when his older brother Joe Jonas was dating Kendall’s BFF Gigi Hadid. It was reported at the time that Gigi set up the pair, however the Jonas Brothers star denied the claims. “We’re not dating. Kendall is great, and naturally, with her being good friends with Gigi and with Joe and Gigi dating, there are times we’ll be in the same place and we all hang out,” Nick told E! at the time.

Of course, one of her most infamous relationships was with “Watermelon Sugar” chart-topper Harry Styles. The pair were first linked when they were spotted having dinner together in Los Angeles in November 2013. It was reported that they parted ways a few months later, however they rekindled their romance the following year. Fans would recall they were spotted spending New Years together, after photos surfaced of them canoodling on a yacht. Kendall’s big sis Khloe Kardashian seemingly confirmed the romance. “Do I think they’re dating? Yes,” she told Entertainment Weekly. “I don’t know if they’re like boyfriend-girlfriend. Nowadays I don’t know. People are weird with stuff. So, I don’t know their title.” Fans didn’t see much from them until they were spotted shopping together in April 2016, however they split later that year. It seems the pair ended on good terms, as they appeared on James Corden‘s The Late Late Show together in 2019, and even joked about their past romance.

Kendall then casually dated NBA player Jordan Clarkson in July 2016, and were reportedly seen cozying up to each other at Drake’s 2016 American Music Awards after-party. She then sparked romance rumors with rapper A$AP Rocky after they attended Kanye West’s Yeezy fashion show together in August 2016, and were later spotted together at the 2017 Met Gala. A few months later, Kendall reportedly began dating NBA star Blake Griffin. Although their romance was brief, she opened up about their relationship in a March 2018 Vogue interview. “I’m happy. He’s very nice,” she said. “I have someone being very nice to me.” The two were spotted out and about together for around seven months before calling it quits in April 2018.

The supermodel’s last beau, before she began dating Devin, was Australian born basketball player Ben Simmons. Kendall had an on again, off again relationship with the Philadelphia 76ers star for nearly two years, breaking up for the first time in May 2019 before rekindling their relationship. She even confirmed that they dated on a February 2019 episode of The Ellen DeGeneres Show. Things began heating up again in early 2020 when she spent time with his parents during a Sixers game in Philadelphia. They appeared to call it quits shortly afterward as the coronavirus pandemic began.

While the couple have remained quite mum about the details of their romance, we have been given small glimpses inside their relationship. A couple of months into dating, they took their romance interstate, visiting pals Justin Bieber and Hailey Baldwin in Idaho in September. A source close to the couple told HollywoodLife in August that the pair were having fun together. “Kendall is having fun with Devin and seeing where it goes but she’s not seeing anyone else and neither is he,” the source revealed. She has also been seen supporting him at his games with the Phoenix Suns, with fans snapping pics of her in the stands watching her man play ball. The couple then stepped out in early 2021, engaging in some subtle PDA. They were spotted walking hand in hand in NYC on their way to celeb-hotspot Carbone for dinner, and followed it up by dining out in Los Angeles at a slew of popular restaurants. It wasn’t until June 2021 that fans finally got a true glimpse inside their relationship, when they each shared a series of sweet snaps, honoring their one-year anniversary.

While Kendall hasn’t directly opened up about where she sees her relationship with Devin going, she did prank her family during a Poosh video with her big sis Kourtney Kardashian. During a game of Truth or Dare, Kourt dared her little sister to tell the family she’s engaged on the family group chat. “It’s believable, so I will do it,” the 818 Tequila founder said, alluding to the fact that her and Devin were getting serious. I guess we’ll just have to wait and see!