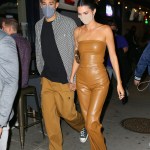 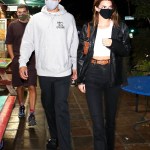 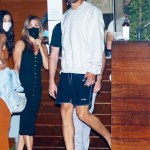 Kendall Jenner opened up about her relationship with Devin Booker in a big way during the ‘KUWTK’ reunion. She revealed the reason why she keeps their relationship out of the public eye.

Unlike her sisters, Kendall Jenner has always kept her relationships off the show. The supermodel is now dating NBA star Devin Booker, who never appeared on Keeping Up With the Kardashians. She opened up on the KUWTK reunion about why she’s chosen to keep her relationship with her “boyfriend” private despite being in the public eye so much.

“I feel like it’s always worked better for me that way,” Kendall admitted in front of her sisters. “And no offense to my older sisters at all, but I think that Kylie [Jenner] and I specifically have had the opportunity to watch my older sisters go through marriages and relationships and breakups and all these things and do them pretty publicly.”

She added, “Again, no offense to you guys at all, but I think it was a personal preference from a really young age that I didn’t really want to like… I think it makes my life a lot easier and our relationship a lot better to be completely honest. I just feel like it’s a private matter. It’s not really for anybody else to judge or know.”

As always, Kendall stunned for the reunion taping opting for a gorgeous Tom Ford silk organza skirt in nude silk from his 2013 collection, along with a cropped white tank top. She accessorized with a cross from Platt Boutique in Los Angeles, and the B.zero1 rock necklace by BVLGARI, which launches in July.

In the past, Kendall has dated other famous NBA players like Jordan Clarkson, Blake Griffin, and Ben Simmons. She clarified that she doesn’t only date NBA hotshots. “I don’t only date basketball players if anyone’s ever done their research,” she said during the reunion. “I’m not ashamed that I have a type. And I’m also a genuine basketball fan so that just kind of you know, has happened.”

She’s right, though. Kendall famously dated Grammy winner Harry Styles. They were on-again, off-again from 2013 to 2016. They remain good friends today despite their romantic relationship not lasting. The model also had a brief fling with Anwar Hadid, Gigi and Bella Hadid’s younger brother.