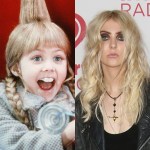 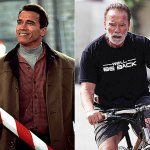 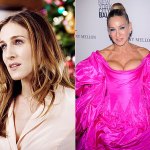 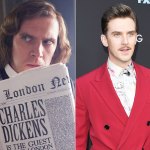 As holiday festivities begin and classic Christmas movies are rewatched for their annual viewing, don’t miss these stars who appeared in ‘Elf,’ ‘How The Grinch Stole Christmas,’ and more!

We’ve officially reached peak Christmas movie season with the holiday just days away. As you sit down for your millionth viewing of The Holiday or Love, Actually, maybe consider paying closer attention to the background actors. You may be surprised by how many of your favorite stars actually appeared in some holiday flicks over the years.

Remember the adorable little girl from How The Grinch Stole Christmas? That’s Gossip Girl alum Taylor Momsen! The lovestruck son of Liam Neeson in Love, Actually? Thomas Brodie-Sangster from Game of Thrones and The Queen’s Gambit! Find out who else sneakily starred in Christmas movies over the years.

Years before Taylor, now 27, transformed into Jenny Humphrey on Gossip Girl, she starred as Cindy Lou Who in 2000’s How The Grinch Stole Christmas. That’s right, the cutie from Whoville who made Jim Carrey‘s Grinch’s heart grow three sizes that day in the film is the eyeliner-covered lead singer of The Pretty Reckless. Taylor was just seven years old when she landed what was arguably her breakout role — she had only been in one other film. Seven years later, she became part of one of the biggest teen shows of all time, alongside Blake Lively, Penn Badgley, and Leighton Meester. Will Ferrell‘s 2003 Christmas classic Elf is chock full of celebrities, all front and center, including James Caan, Peter Dinklage, and Mary Steenburgen. You may not remember, though, that Buddy’s first friend in New York City, and his partner in spreading Christmas cheer, is Zooey Deschanel. Zooey, 40, is practically unrecognizable in the movie with her blonde hair, and without her signature blunt bangs. Of course, fans of She and Him and the beloved FOX sitcom New Girl would know it was her instantly when they hear Jovie sing “Baby, It’s Cold Outside” in one scene. That voice is unmistakable!

There are many, many more stars in Christmas movies that we haven’t even mentioned here. To see more actors you definitely forgot starred in Christmas movies, from January Jones to Miley Cyrus, scroll through the gallery above — and happy holidays from HollywoodLife!