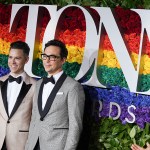 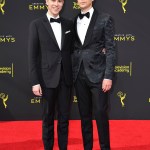 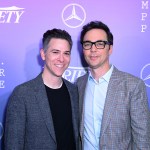 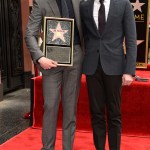 Jim Parsons explained why he dyed his hair platinum blond during a virtual town hall with the cast of Netflix’s ‘Hollywood!’ The actor said that ‘quarantine causes changes’ and dished on the reason behind his new ‘do.

Quarantine can make people do crazy things, and Jim Parsons knows that all too well! The actor, 47, recently dyed his hair bleach blond and showed off the results during a virtual town hall for SiriusXM with Jess Cagle and the cast of the new Netflix series Hollywood! The town hall, which premieres in full on May 11 on SiriusXM Stars channel, detailed the new show and what made Jim decide to change his hair! “Jim, tell us about your new hair,” Jess said to The Big Bang Theory alum.

Jim proceeded to confess that, “Quarantine causes changes and I wanted to shake things up for the husband [Todd Spiewak] who only has one companion. Now he’s got sort of one-and-a-half companions. You know, a little new thing to jazz it up,” Jim added. The actor must have gone for an at-home dye treatment while safely staying in quarantine with Todd, his husband of three years. It’s definitely a different look from how fans are used to seeing the Emmy winner, and its a far cry from the actor’s Hollywood character, Henry Willson.

Although a number of the characters in Ryan Murphy‘s referendum on Old Hollywood are fictional, Jim’s formidable agent was a real person. In his life, Henry was one of the Golden Age of Hollywood’s most sought-after agents, and represented stars like Rock Hudson, Tab Hunter, Robert Wagner, Troy Donahue, Rory Calhoun, and more. Henry was part of the reason Rock Hudson skyrocketed to fame, and also arranged for the beloved actor to marry a secretary in order to conceal that he was gay.

While Jim’s new look is a total 180 from his natural brunette hair, the actor is in good company when it comes to quarantine makeovers. Like Jim, Kristen Stewart, Keke Palmer, and Sarah Michelle Gellar have all dyed their hair a brand new color! Keke and Kristen have gone for orange ‘dos, while Sarah went pink. Now, Jim’s isn’t quite that dramatic, but it’s definitely a change for the star! We’ll see how long he keeps the look.

See Jim and the rest of the cast in Hollywood, now streaming on Netflix.