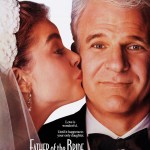 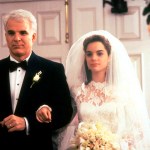 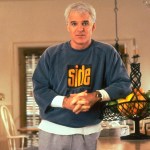 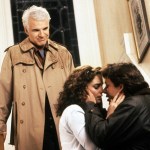 Nancy Meyers may have just teased some huge news on Instagram. Fans think ‘Father Of The Bride’ writer hinted at a third film when she posted a cryptic message alongside the movie’s poster!

The Banks family may be back for a third round of mayhem. Legendary filmmaker Nancy Meyers made a curious post on Instagram that has fans thinking a third Father of the Bride movie could be on the horizon! Nancy, who wrote the hit ’90s comedy and its sequel, posted the first film’s poster to Instagram, which shows star Steve Martin getting a kiss on the cheek from Kimberly Williams-Paisley.

She captioned the post, “If he thought a wedding was a lot, how would he react to 2020? Coming soon to the phone in your hand!” Talk about cryptic! Even better, she tagged Netflix. So, is Nancy teasing a Father of the Bride Part III with her message? Fans of the series definitely think that’s what’s up. “Omg don’t play with my emotions, Nancy! This better be real! I NEED THIS,” one fan commented, speaking for all of us suffering through 2020.

“Please say another film is coming!! Everyone needs a Nancy Meyers film right now!!” another fan wrote, laying out their hopes and dreams. “An announcement for a 3rd would be the best part of 2020 honestly,” one commenter said, speaking the truth. “WHAT DOES THIS MEAN? Father of the Brides 1 and 2 raised me. I am veryyyy invested in decoding this caption.”

Father of the Bride followed George Banks (Steve Martin), whose oldest daughter, Annie (Kimberly Williams-Paisley) is about to get married. But he’s having trouble letting go and accepting that his little girl is all grown up. The film costars Diane Keaton as George’s wife, Kieran Culkin as his son, George Newbern as Annie’s fiancé, and Martin Short as her eccentric wedding planner — and pretty much the bane of George’s existence.

The sequel, Father of the Bride Part II, is about George becoming a grandfather… and a father. After his daughter announces her pregnancy, his wife shockingly reveals that she’s pregnant, too! So what in the world could the sequel to the sequel be about? George becoming a great-grandfather is the running theory. We can’t wait to find out what’s in store!