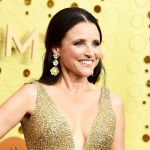 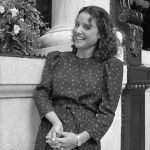 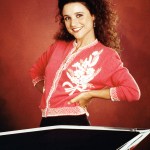 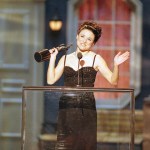 Julia Louis-Dreyfus is another year older and still as stunning as ever! On January 13, the actress celebrated her milestone 60th birthday. Let’s commemorate the occasion by looking back at her transformation.

Julia Louis-Dreyfus celebrated her 60th birthday on January 13. The Emmy Award-winning actress has had such an incredible career and is responsible for some of the funniest female roles on TV. To celebrate Julia’s brilliant accomplishments and her birthday, we’re taking a look back at her transformation from her Seinfeld days to today!

After dropping out of Northwestern University, Julia became a cast member of Saturday Night Live. Although her time on the sketch comedy series was short-lived, appearing in episodes from 1982-1985, the job opened the door for the actress to earn even more challenging roles. By 1990, Julia’s star completely skyrocketed into the stratosphere when she earned the role of Elaine Benes on Seinfeld.

Julia starred alongside the sitcom’s namesake, Jerry Seinfeld, and co-stars Jason Alexander, and Michael Richards. While on the show, Julia earned seven Emmy Award nominations for Outstanding Supporting Actress in a Comedy Series between 1992 and 1998. She finally won her very first Emmy in 1996. Of course, that was only the beginning for the beloved actress.

Following the conclusion of Seinfeld, Julia continued to act in a number of small screen projects including Arrested Development, Curb Your Enthusiasm, and Web Therapy, among others. Between 2006-2010, Julia played the title role in the series The New Adventures of Old Christine, earning five Emmy nominations for her work and winning another statuette, this time for Outstanding Lead Actress in a Comedy Series, in 2006 following the series’ inaugural season. Somehow, though, the best was still yet to come.

Starting in 2012, Julia led the HBO comedy series Veep through a historic series run. During her time playing Selina Meyer, Julia won six Emmy Awards, for her performance, as well as three for her role as producer on the show. As the show was entering it final seasons, Julia revealed in 2017 that she had been diagnosed with breast cancer, and used her platform to advocate for universal healthcare.

As far as her personal life goes, Julia has managed to maintain an incredibly close bond with her family. She married husband Brad Hall in 1987 and the couple share two children — Henry, born in 1992, and Charles, born in 1997. With all that she’s accomplished so far, it still feels like Julia is only getting started. We cannot wait to see the next chapter of her career unfold!