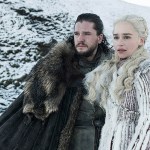 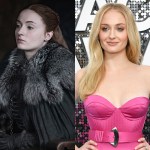 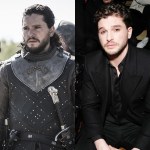 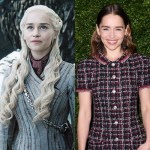 It’s officially been 10 years since ‘Game of Thrones’ premiered and changed everything. Find out what the cast is up to these days after leaving Westeros behind.

Game of Thrones premiered on April 17, 2011, and nothing was ever the same. The HBO series, based on George R.R. Martin’s best-selling novels, became a cultural phenomenon. Despite how you feel about the final season, there’s no doubt that the show had a massive impact on television. Game of Thrones is celebrating its 10th anniversary on April 17, so we’re looking at what the show’s cast has gone on to tackle when it comes to new projects and personal endeavors.

After Game of Thrones ended, Sophie Turner, 25, our beloved Sansa Stark, went on to star in the Quibi series Survive. She will also star in the upcoming film Broken Soldier. After playing Sansa Stark since she was just a child, Sophie is now enjoying married life with her husband, Joe Jonas, 31. The couple welcomed a baby girl named Willa in July 2020.

Emilia Clarke, 34, earned four Emmy nominations during her time as Daenerys Targaryen. Following her time on the show, Clarke turned her sights on something a bit lighter and with a healthy dose of holiday cheer. She starred in the Paul Feig-directed romantic comedy Last Christmas alongside Henry Golding, Michelle Yeoh, and Emma Thompson, who also penned the script. The actress showed off her flair for fashion while on her promotional tour for the film and looked flawless for each new stop. As for her next projects, the Emmy-nominee will star in the forthcoming films Let Me Count the Ways and The Beauty Inside.

Similar to Sophie, Kit Harington, 34, has been keeping a low profile and enjoying time with his wife, Rose Leslie, who also played his love interest on the series. The couple recently welcomed their first child. After earning an Emmy nomination for his work as Jon Snow, Kit took a step back from the spotlight and turned his sights on a new behemoth in the film industry: the Marvel Cinematic Universe. The actor will appear in the upcoming film The Eternals alongside Angelina Jolie, Salma Hayek, and more. The film will also reunite him with his on-screen Game of Thrones brother, Richard Madden, who played Robb Stark for three seasons on the show.

Of course, the ensemble cast of Game of Thrones featured so many talented actors, and there are more to check in on! To see more of the cast from the epic show and where they are today, check out the gallery above!