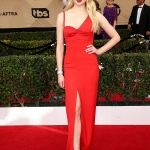 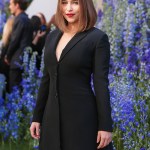 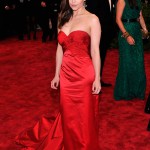 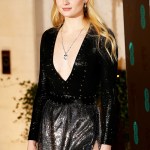 Bio:
Emilia Clarke (born in London) is an English actress. She received her preliminary education at St. Edward’s school and Rye St. Anthony school in Oxford from 2000 to 2005, then moved on to study at Drama Centre London. She skyrocketed to fame in the United States in 2011 with a starring role on HBO’s Game of Thrones. She expanded her acting repertoire to the great white way in Feb. 2013, playing Holly Golightly in the Broadway production of Breakfast At Tiffany‘s

Best Known For:
Emilia is best known for playing Daenerys Targaryen on HBO’s Game of Thrones.

Personal Life:
Emilia has managed to keep her private life out of the spotlight for the most part, she publicly dated Family Guy creator Seth MacFarlane from Sept. 2012 to March 2013.

Sally Field’s Husband History: Who Has The Famous Star Been Married To Through The Years?

A secret no more! The first trailer for Marvel’s ‘Secret Invasion’ dropped at D23. Here’s everything we know so far about the highly-anticipated series.

In the first trailer for Disney+’s ‘Secret Invasion,’ Nick Fury faces his biggest fight yet. The footage revealed the first look at Emilia Clarke’s character.

Emilia Clarke confirmed that Kit Harington is returning as Jon Snow for a ‘Game of Thrones’ spinoff show. Plus, she revealed if she’d ever take on the role of Daenerys again.

Emilia Clarke looked fabulous when she showed off her toned legs in a pair of distressed short shorts.

It’s officially been 10 years since ‘Game of Thrones’ premiered and changed everything. Find out what the cast is up to these days after leaving Westeros behind.

Emilia Clarke is living her best life while vacationing in Italy with friends! The actress looked stylish in a pair of belted Daisy Dukes during a waterside lunch on August 10. See her full look!