Jason Momoa, 41, and Emilia Clarke, 34, are unforgettable as Khal Drogo and the Khaleesi on season one of Game of Thrones! The former co-stars reunited for a series of adorable photos shared to Instagram on Saturday, Aug. 14. The Aquaman actor looked over-the-moon to reunite with the British born actress at a recent birthday party, dubbing his friend the “moon of his life” in a caption. Emilia was all smiles as she sat on Jason’s lap for the fun moment!

“You are wonderful … love [you] forever @emilia_clarke #smilelyeyes,” he wrote, adding “happy birthday benioff you handsome generous badass leo aloha j” — presumably for GoT‘s co-creator and showrunner David Benioff. Emilia also shared some of the photos to her own account, showing the same amount of love for Jason in the comments! “When your sun and stars rolls into town,” she began, referencing a line from the series. “…you check that he can still bench press a Khaleesi. @prideofgypsies #drinkingwithdrogoimamazedwesurvived,” she hilariously signed off.

The two actors helped put the series, which was based on George R. R. Martin‘s series of books A Song of Ice and Fire, on the map back in 2011. The on-screen couple were wed after an arranged marriage set up by Daenerys sinister older brother Viserys. In the storyline, Viserys was plotting his own takeover of the Iron Throne — and required Khal’s (Jason) large army to support. Upon the marriage, Daenerys — also known as the mother of Dragons — took the role of Khaleesi, which is Queen of the Dothraki people. While Jason’s role was limited to just a season, the two had several very steamy love scenes on the show that fans still talk about.

In real life, of course, Jason is happily married to his stunning wife Lisa Bonet, 53. The longtime couple are parents to daughter Lola Iolani, 14, and son Nakoa-Wolf, 12. Jason is also stepdad to Lisa’s daughter Zoë Kravitz, 32, whom she shares with ex Lenny Kravitz. Meanwhile, Emilia was last romantically linked to Charlie McDowell in 2018, but the two split in 2019.

Emilia Clarke -- Pics Of The 'Game Of Thrones' Actress 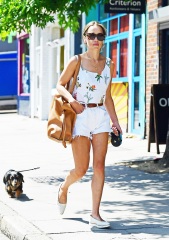 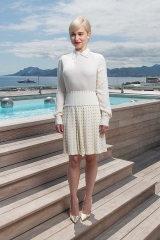 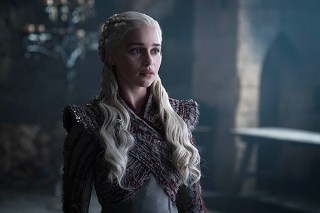