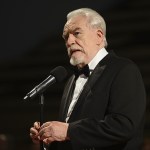 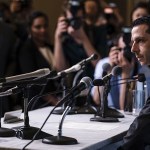 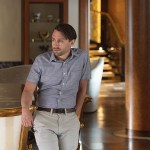 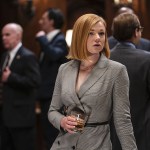 The jaw-dropping ‘Succession’ season 3 finale had everyone wondering what’s to come in season 4. From the cast to filming news, HollywoodLife has the latest updates about the new season.

Succession manages to get better and better with each season. The prestige drama’s third season came to an end on December 12 with a shocking and gut-wrenching final hour. The last few minutes of the episode propelled the show full force into a highly-anticipated season 4.

The HBO show’s popularity is only growing, with 1.7 million viewers tuning in for the finale alone, marking a series high viewership. After that game-changing end, fans want to know, what’s going on with Succession season 4? Here are all the key updates you need to know about.

Is ‘Succession’ Coming Back For Season 4?

Yes, Succession will return for season 4. The HBO drama series was renewed for a fourth season back in October 2021, just after the show returned for season 3.

“With each season of Succession, Jesse Armstrong has continued to surpass our wildest expectations, pulling us deeper into the Roy family’s inner sanctum with indelible wit, humanity, and precision,” says Francesca Orsi, Executive Vice President, HBO Programming, said in a statement. “This season is undoubtedly no exception, and we couldn’t be more excited for all that’s in store in this next season ahead.”

Succession season 4 does not have a premiere date. The first season debuted in June 2018, and season 2 launched in August 2019. Due to the COVID-19 pandemic, season 3’s production was pushed several months. The third season premiered in October 2021, over two years after season 2 finished.

The cast and crew of Succession have not started production on the fourth season. Brian Cox told GQ that he believes season 4 filming will begin in June 2022. “That’s roughly the plan,” he noted. “I think the writers are getting back in January. I was surprised because I thought they’d be getting back in November. But I do think they need a break. I mean, I think that they do need space, because they’ve been working really hard on this [series].”

After the season 3 finale, Brian admitted to Deadline that he’s not exactly sure when season 4 will begin filming. “We’re in the hands of so many things, with COVID going on,” he said. “It’s now gone into its second year, we don’t know where we are with all that, so there’s that to be dealt with. And then, is this going to be our last season? Or is there going to be another season? There’s all that to be dealt with as well. So in a sense, “Where ignorance is bliss, ’tis folly to be wise” [from Thomas Gray’s poem Ode on a Distant Prospect at Eton College].”

Creator Jesse Armstrong revealed in a post-season 3 finale interview that the season 4 writers’ room is expected to start in January 2022. “We will get the room going again after Christmas in January, I hope, and then we’ll see how long the season should be and how that makes everything in play down the line,” he told Deadline in December 2021, not specifying a specific start date.

What Happened in Season 3?

Season 3 began with the fallout of Kendall’s press conference where Kendall exposed his father’s role in the company scandal. Kendall was cast out of the family and attempted to bring his father down from the outside. He tried to get his siblings to join him in his fight, but they all stuck with Logan.

Kendall’s downward spiral continued over the course of the season, culminating in a brutal confrontation with Logan in Italy. Kendall asked to leave the company and the family for good, but Logan refused his offer. Logan continued to torture Kendall about the dead waiter at Shiv’s wedding and even made Kendall’s son test out his food to make sure Kendall didn’t poison it.

The end of season 3’s penultimate episode featured a broken and depressed Kendall on a float in the middle of the pool. The episode ended with fans wondering if Kendall was going to drown in the wake of this last conversation with his father.

Kendall was discovered in the pool by Comfrey before things took a tragic turn. He spent the night in the hospital and returned to the family the next day. The family stuck around for Caroline’s wedding, with Logan skipping out to make a deal with Lukas Matsson.

When Shiv and Kendall realized that Logan was plotting to sell the family company to Gojo, they turned to Kendall for help. Still reeling from what Logan said to him and his near-fatal situation in the pool, Kendall finally confessed what happened with the waiter to Shiv and Roman. Instead of tormenting him with this information, Shiv and Roman help Kendall from being swallowed by his despair.

Shiv, Roman, and Kendall decided to ban together to take down their father. They went to confront Logan, believing that they could stop the buyout by preventing a supermajority. Shiv called Tom to let her know about their plan. When they arrived, Logan already knew what they were going to do, so he called Caroline to change the terms of their divorce agreement. Caroline and Logan’s new deal ensured that the three kids wouldn’t be able to stop the sale to Gojo.

The final moments of the season 3 finale featured Roman finally standing up to his father, only to get knocked down. Following a pat on the back by Logan, Shiv realized that Tom was the one who told Logan about what the Roy trio was going to do. Shiv’s face in the last seconds of the finale showed she’s going to be out for blood in season 4.

Since the season ended with Logan planning to sell Waystar to Gojo, Alexander Skarsgård will most likely return as Lukas Matsson. He could play a major role in season 4, but his status on the show going forward has not been confirmed.

What Will Happen In ‘Succession’ Season 4

Specific plot points for season 4 are being kept under wraps by the cast and creative teams. It’s a sure bet that we’ll see the fallout of Kendall, Roman, and Shiv breaking away from their father once and for all. Shiv and Tom will both have to deal with the consequences of Tom’s betrayal. It could be the end of Tom and Shiv’s marriage as we know it.

“It’s pretty terrifying,” J. Smith-Cameron told ET about the finale and what may be next. “The gloves are off now. Like, this is full-on world war.” After a lonely season, Kendall is now “in alliance” with his siblings. “The drawbridge that has been up for so long separating Kendall from everyone is lowered. Again, he’s able to at the depths of his loneliness and pain, in a way, come back to life,” Jeremy Strong said to ET.

Brian knew the trajectory of season 3 before anyone else. When asked if he knew anything about season 4, he told Deadline, “Absolutely not and I don’t particularly want [to]. I’ve got a life to lead before then.”

As for the creator, Jesse Armstrong discussed the future of the series, but he’s not putting out a definitive answer about how long the show will run. “I have a pitch for where and how I think we end,” he said in an interview with Deadline. “It’s not immutable in respect to my colleagues, we’ll chat about it and how many seasons that plays out over. Similarly, I have a pitch, I don’t want to say in public as it will take away a little bit of the fun and I want to check in with all the important people around the show to see if we all feel the same.”