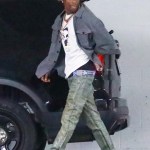 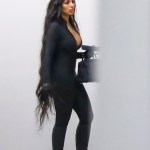 Bio:
Travis Scott (born Jacques Berman Webster on April 30, 1992 in Houston, Texas) is an American rapper and recorder producer. Travis was born in Houston but grew up in Missouri City. He attended The University of Texas at Austin before dropping out to pursue a career in music. Travis began to produce beats as a teenager. He and friend, Chris Holloway, formed The Graduates and their released their first EP on MySpace in 2009. The next year, he and OG Chess formed The Classmates, which released two albums. In 2011, Travis moved to Los Angeles to take his music career to the next level. After T.I. heard one of Travis’s song, the two collaborated on his track, “Animal.” After Travis contacted Kanye West’s musical engineer to spread the word of this young talent, Yeezy worked with Travis’s on his debut mixtape, Owl Pharaoh. It would be delayed until 2013. That year, Travis appeared on Pusha T’s album and he was named XXL magazine’s Freshman Class of 2013. In 2014, Travis announced his debut album, Rodeo. The first single, “Don’t Play, featured Big Sean. Justin Bieber appeared on Travis’s track, “Maria I’m Drunk.” Rodeo was slated for a 2015 release. Travis also co-wrote Rihanna’s “Bitch Better Have My Money” single. He also directed a number of movie videos, like Hit-Boy’s “Brake Lights.” In Sep. 2016, Travis released his second album, Birds In The Trap Sing McKnight, which contained the single, “wonderful,” featuring The Weeknd.

Best Known For:
Travis Scott is best known as an American rapper and producer, and for his relationship with Kylie Jenner.

Personal Life:
While growing up, Travis would normally stay with his grandmother while his mother worked for AT&T. Travis’s father ran his own business. Travis cites Kid Cudi, Outkast and Bjork as influences. He was romantically linked with Rihanna in 2015. And in April 2017, he started dating Kylie Jenner. Just five months later, it was revealed that they were expecting their first child together. Their daughter, Stormi Webster, was born on Feb. 2, 2018.

Kylie Jenner and Travis Scott visited Catch restaurant for a night dinner in fashionable attire, just two days after Kylie called out an Instacart worker for allegedly lying about delivering food to her house.

The ‘Sicko Mode’ rapper brought his New York concert to a halt to get members of the crowd to relax, as they climbed the truss onstage.

Kylie Jenner slayed in absolutely nothing, as the stunning reality queen showed up in a drop-dead gorgeous throwback photo on Travis Scott’s IG stories!

Travis Scott shared a photo of Kylie Jenner cooking in a kitchen while wearing a stylish brightly colored outfit on Father’s Day,

Kylie Jenner shared a sweet home photo of her beau lying in bed with their two children for Father’s Day. See the photo here!

Kylie was serving up style at Kourtney & Travis’ third wedding as she arrived at the Italian nuptials in a spectacular ensemble.