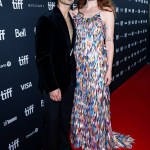 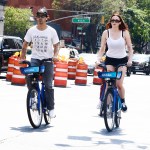 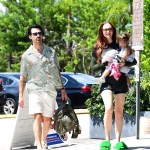 Bio:
Sophie Turner (born February 21, 1996 in Northampton, Northamptonshire, England) is a British actress. Sophie moved to Warwick when she was two years-old, attending Kings High School and becoming a member of a local theater group at a young age. She is known for her break-out role as Sansa Stark on the HBO hit fantasy series, Game of Thrones. Her drama teacher encouraged Sophie to audition to the role, requiring the actress to dye her naturally blonde hair to auburn. In addition to her Game of Thrones work, Sophie has been in films Another Me and Barely Lethal. She was also cast to portray Mary Shelley in Mary Shelley’s Monster and the role of Jean Grey/Phoenix in X-Men: Apocalypse and X-Men: Dark Phoenix.

Best Known For:
Sophie is best known for her role as Sansa Stark in the HBO fantasy series, Game of Thrones.

Personal Life:
Sophie had a twin who died before birth, which has drawn her to stories about twins and doubles. She’s an avid television watcher and a big fan of both Hannibal and Breaking Bad. In addition to acting, Sophie has dabbled with modeling, posing for Karen Millen’s Fall 2014 Campaign. Sophie has been romantically linked with The Vamps‘ guitarist, James McVey in the past. She started dating Joe Jonas in the fall of 2016. In October 2017 the couple announced their engagement. They got married in Las Vegas on May 1, 2019 during a quickie ceremony after the Billboard Music Awards.

Sophie Turner and Joe Jonas both dressed fairly casual as they grabbed lunch in Los Angeles on Feb. 17 without their 1-year-old daughter.

Joe Jonas and Sophie Turner proved that couples who twin together stay together as they rocked matching green outfits for lunch at LA restaurant All Time.

Sophie Turner looked amazing on Feb. 14, when she went for a Valentine’s Day stroll with husband Joe Jonas and their daughter, Willa.

Sophie Turner glowed as she held adorable daughter Willa, 1, while heading to lunch with Joe Jonas and other friends.

Joe Jonas and Sophie Turner took their one-year-old Willa for a hike as she was adorably strapped to her dad’s back.