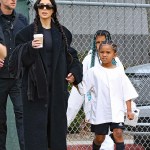 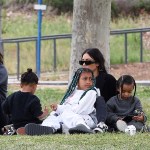 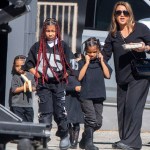 Bio:
Kanye West (born Kanye Omari West in Atlanta, Georgia on June 8, 1977) is a rapper, movie director, and fashion designer. In 1998, he began producing tracks for several rappers such as Gravs, Foxy Brown, Jermaine Dupri and later Jay-Z. Kanye began his own career as a rapper in 2004, releasing his debut album, The College Dropout. His following albums include Late Registration (2005), Graduation (2007), 808s & Heartbreak (2008), My Beautiful Dark Twisted Fantasy (2010,  Yeezus (2013), and The Life of Pablo (2016). He developed his own record label, GOOD Music, which features artists such as John Legend and Kid Cudi. He developed his own fashion line, DW Kanye West, as well as a shoe line for Louis Vuitton, in 2009, and has been collaborating with Adidas for Yeezy shoes and clothing lines since 2013. MTV voted Kanye “MTV Man of the Year” in 2010, and Time ranked him as one of the most influential people in the world. In 2015, Kanye received an honorary doctorate from the School of the Art Institute of Chicago. Throughout his career, Kanye has found himself at the center of controversy, most notably, when he interrupted Taylor Swift’s Video Music Awards acceptance speech in 2009.

Personal Life:
Kanye was engaged to designer Alexis Phifer for 18 months. He then dated Amber Rose from 2008-2010, and finally linked up with Kim Kardashian in April 2012, after her split from Kris Humphries. On New Years’ Eve 2012, Kanye announced that Kim was pregnant with their first child. North West was born on June 15, 2013, and Kanye proposed Oct. 2013. They got married in Italy in May 2014. The couple had their second child, Saint West, on December 5, 2015, and their third child, Chicago West, via surrogate on January 15, 2018.

From raising four kids together, to facing marital drama in the public eye, relive Kim Kardashian and Kanye West’s relationship from 2012 to today, when Kim filed for divorce.

Kim Kardashian talked all about Kanye West in a new podcast interview and explained her frustrations with the exes’ ‘fanbases’ getting involved in their public drama.

Kanye West and Chaney Jones are setting out for some rest and relaxation on a ‘baecation’ in the Utah desert. Check out videos of their serene stay.

In the first episode of ‘The Kardashians,’ which premieres on April 14, Kim Kardashian vents to Kanye West after she’s hit with the threat of a new sex tape from 20 years ago coming out.

One month ahead of the 2022 Billboard Music Awards, the nominees were unveiled, and two of the biggest stars in the world – Doja cat and The Weeknd – scored the most nods. Check out the full list here.

Pete Davidson has had every opportunity in the world to roast Kanye West on ‘SNL’ in recent weeks — but he’s asked the show ‘not to lean into it’, a source tells HL EXCLUSIVELY.

Kanye West was reportedly going to receive a whopping $8 million plus $500,000 in production costs for his gig at Coachella, which has now been replaced with Swedish House Mafia and The Weeknd.