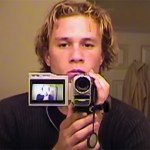 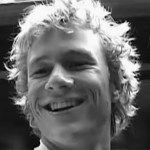 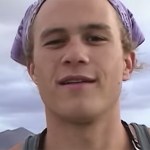 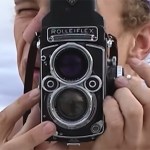 Bio:
Heath Ledger (born Heath Andrew Ledger on April 4, 1979) was an Australian television and film actor. Heath’s work comprised of nineteen films, including 10 Things I Hate About You (1999), The Patriot (2000), A Knight’s Tale (2001), Brokeback Mountain (2005), The Dark Knight (2008), and his final film before his death, The Imaginarium of Doctor Parnassus. Heath received numerous accolades for his critically acclaimed portrayal of the Joker in The Dark Knight, including the Academy Award for Best Supporting Actor. Heath died on Jan. 22, 2008 from an accidental toxic combination of prescription drugs.

Best Known For:
Heath is best known for his portrayal as the Joker in The Dark Knight.

Personal Life:
Heath dated Heather Graham for several months in 2000 to 2001, and he had a serious on-and-off-again long-term relationship with actress Naomi Watts from 2002 to 2004. In the summer of 2004, he met and began dating actress Michelle Williams on the set of Brokeback Mountain, and their daughter, Matilda Rose, was born in October 2005. After his break-up with Michelle in late 2007, Heath was romantically linked with supermodels Helena Christensen and Gemma Ward as well as Mary-Kate Olsen and Lindsay Lohan.

Thirteen years after Heath Ledger’s death, Heather Graham is reminiscing about her time with the actor, who she briefly dated in the early 2000s.

This is so kind, yet so heartbreaking. Heath Ledger’s family has sent their love to their late son’s ex, Michelle Williams, on her new marriage.

Matilda Ledger was only 2 when her dad tragically passed away 10 years ago. Now, at 12 years old, Matilda looks like Heath more than ever — see for yourselves here!

Fans are extremely anxious to see how Harry Styles does in Christopher Nolan’s upcoming WWII drama, ‘Dunkirk,’ and in a new interview, the famed director actually compares the casting process to that of ‘The Dark Knight.

We all know and love Cody Simpson as a musician, but as he begins to dabble in acting, The Australian heartthrob revealed to HollywoodLife.com that one special person inspired him to get started. Here’s how Heath Ledger changed Cody’s life.

This photo of Matilda brings back SO many memories! The adorable 11-year old looks like the spitting image of her late father, Heath Ledger. She has his eyes, his bone structure, and his go-getter personality. Check out the mind-blowing pic, right here!

It’s been nearly 9 years since the tragic death of Heath Ledger, who left behind a now-11-year-old daughter Matilda. But for Matilda’s mother, Michelle Williams, time will never heal the pain of watching their daughter grow up without a father. In a recent interview, the actress opened up about raising Matilda as a single parent and how it’ll never be ok.