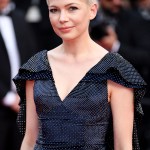 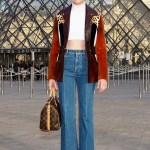 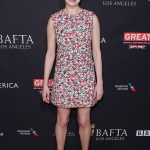 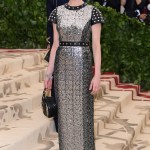 This is so kind, yet so heartbreaking. Heath Ledger’s family has sent their love to their late son’s ex, Michelle Williams, on her new marriage.

After Michelle Williams, 37, revealed she recently secretly married musician Phil Elverum, Heath Ledger‘s family spoke out in a lovely comment, sending their love and support to their late son’s ex. “We are terribly happy, it is great,” Heath’s father, Kim Ledger, told the Sydney Morning Herald‘s The Goss. Kim added the family has yet to meet Phil, but they hope to “soon.” “She’s very private and I don’t really like to make too many comments about her, but we are very happy [for her].” Kim and his wife, Molly, divorced when Heath was young. However, two have maintained a relationship as well as stayed close with Michelle, and the daughter she shared with Heath, Matilda, 12, after the actor’s untimely death in 2008.

Michelle and Heath met on the set of their film Brokeback Mountain in 2005, and dated for almost three years before splitting just 5 months before he took a fatal mix of prescription drugs. In a candid interview with Vanity Fair, Michelle not only revealed she was married to Phil, but also opened up about raising her daughter after Heath’s tragic death. “I always say to Matilda, ‘Your dad loved me before anybody thought I was talented, or pretty, or had nice clothes,'” she said. “When you’re a single parent, and that element of provider and protection is missing, it’s scary. I parent to let Matilda feel free to be herself, and I am finally loved by someone who makes me feel free.”

While Michelle and Phil have never gone public with their relationship, the two share a similar loss, as Phil’s wife died in July 2015 after a battle with stage IV pancreatic cancer, when their daughter was just four months old. “Obviously I’ve never once in my life talked about a relationship,” she told the magazine. “But Phil isn’t anyone else. And that’s worth something. Ultimately the way he loves me is the way I want to live my life on the whole. I work to be free inside of the moment.” We’re so happy for Michelle!