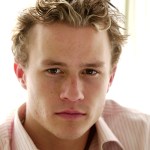 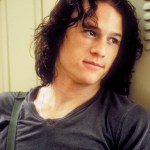 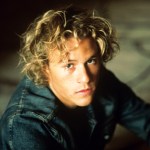 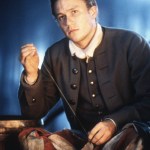 Thirteen years after Heath Ledger’s death, Heather Graham is reminiscing about her time with the actor, who she briefly dated in the early 2000s.

Heather Graham has nothing but fond memories of her time with Heath Ledger. On Feb. 2, Heather took to Instagram to share extremely rare photos, WHICH YOU CAN SEE HERE. of herself and the late actor, who died in 2008. “Going through my photos, I found these,” she explained. “Just remembering this time. Heath Ledger was such a special person.”

In the first shot, Heather is cozied up to Heath with her arm wrapped around him. Both stars had small smiles on their faces as they embraced one another. The second picture is an even more intimate shot, with Heather’s arms wrapped around Heath’s neck and her head laying on his shoulder. Finally, Heather shared an artistic image of Heath snapping a photo of himself in the mirror.

Heather and Heath dated from the fall of 2000 until the June 2001. They were together for almost a year before calling it quits on the romance, which began when they were both filming in Prague. After the breakup, Heather’s rep confirmed that the stars were “still good friends,” according to IMDB.

It’s now been more than 13 years since Heath died of an accidental drug overdose in January 2008. He was just 28 years old when he tragically passed away far too young. In addition to his illustrious acting career, Heath was also known for his high-profile romances in the public eye. In addition to Heather, Heath was also linked to stars like Naomi Watts, Helena Christensen, Gemma Ward and of course, Michelle Williams.

Heath and Michelle’s relationship began when they met on the set of Brokeback Mountain in 2004. They had a daughter, Matilda, in 2005, and their relationship ended two years later in 2007. Like many of Heath’s exes, Michelle remembers their time together fondly, and has spoken about her admiration for Heath in various interviews since his death.

Meanwhile, Heather ended her longtime relationship with Yaniv Raz in 2018. They had been dating for seven years at the time of their split. Previously, Heather dated Josh Lucas, Ed Burns and Chris Weitz.