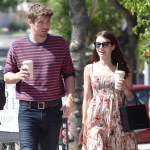 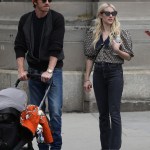 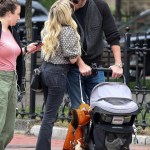 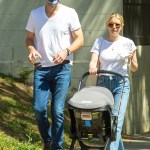 Garrett Hedlund (born Garrett John Hedlund on September 3, 1984, in Roseau, Minnesota) is an American actor, model, and singer. He experienced early acting success by playing opposite Brad Pitt in 2004’s Troy and opposite Billy Bob Thorton and Tim McGraw in the sports drama Friday Night Lights. However, his big breakthrough would not come on the battlefield or the football field. Instead, it would come thanks to video games and country music.

Raised on a remote beef cattle farm in rural Minnesota, Garret discovered an intense fondness for reading. Though he played ice hockey, track and field, and American football in high school, he cited reading as being the one thing that had the most significant impact on him growing up. This fondness for stories would influence his career path. In the 10th grade, he moved to live with his mother in Arizona and worked as a waiter to pay for acting lessons. While working with coach Jan Fowler, Garrett honed his craft, and six months after graduating high school early, he relocated to Los Angeles.

With money from teenage modeling gigs for L.L. Bean and Teen magazine, Garrett took a risk on himself. It paid off. At age 19, he landed his first movie role, playing Patroclus, the younger cousin of Brad Pitt’s Achilles in 2004’s Troy. That year, Garrett also notched his place in pop culture history by playing Don Billingsley in Friday Night Lights. In Garrett’s debut year, he shared the silver screen with Brad Pitt, Billy Bob Thornton, and Amber Heard. He followed this early success by co-starring with Mark Wahlberg in 2005’s Four Brothers. He also had appearances in Eragon, Georgia Rule, and Death Sentence. While these films failed to really catch fire with the public, they allowed Garrett to continue to build his craft while working alongside some veterans like John Malkovich, Jeremy Irons, Jane Fonda, and Kevin Bacon.

His “breakthrough” came in 2010 with Tron: Legacy. In the sequel to the cult-classic, Garrett played Samm Flynn, the son of Jeff Bridges’ character, Kevin Flynn. That year, he also reunited with his Friday Night Lights’ “father,” Tim McGraw, for Country Strong. The musical drama also featured Gwyneth Paltrow and Leighton Meester. The film also had Garrett perform a few songs for the soundtrack, and his musical contributions were well-received by fans and critics. “Give In To Me,” Garrett’s duet with Leighton, reached No. 79 on the Billboard Hot 100. He would subsequently appear in the music videos for Tim McGraw’s “Truck Yeah” and “Beautiful War” by Kings of Leon.

In 2012, Sam was able to live out a literary fantasy by acting in On The Road, a film adaptation of Jack Kerouac’s novel of the same name. In 2013, he took the musical talents he honed on Country Strong and the beatnik vibe of On The Road to the black-comedy drama Inside Llewyn Davis. Garrett portrayed Johnn Five, a laconic beat poet.

In the mid-2010s, Garrett continued to develop his resume. He co-starred in the Angelina Jolie-directed film, Unbroken. He also portrayed James Hook in Pan, an adaptation of the Peter Pan story that also featured Hugh Jackman and Rooney Mara. In 2016, Garret acted opposite Vin Diesel and Joe Alwyn in Ang Lee’s Billy Long’s Long Halftime Walk. 2017 saw Garrett take on a television role for the first time, co-starring with Sharon Stone in Steven Soderbergh’s HBO series, Mosaic. Garrett finished out the decade with parts in 2018’s Burden, 2019’s Triple Frontier (where he co-starred with Ben Affleck), and Dreamland.

Garrett struck up a romance with his On The Road co-star Kirsten Dunst in 2012. They were briefly engaged, but the romance hit a dead end. The couple called it quits in 2016. After a few years of being single, Garrett found love with actress Emma Roberts. The duo kept their love a secret before going public with the romance in the summer of 2019. Emma – the daughter of Eric Roberts and niece of Julia Roberts – has spent a lot of her life in the spotlight, and because of such, has worked hard to keep her private life very private. In late August 2020, after weeks of pregnancy reports, Emma and Garrett confirmed that they were starting a family. The Scream Queens actress posed with Garrett and her growing bump for a series of Instagram photos. Her caption – “Me…and my two favorite guys” – indicated that she and Garrett were having a boy. Emma later gave birth on Dec. 27, 2020.

Garrett might be known for all the roles he didn’t take. He reportedly turned down the chance to play Finnick in The Hunger Games franchise. He also turned down an opportunity to bring Christian Grey to life in the big-screen adaptation of E.L. James’ Fifty Shades of Grey series. Supposedly, he also turned down the role of Peter Quinn in Guardians of the Galaxy, with Chris Pratt turning it into a star-making vehicle.

The Most Popular Questions About Simone Biles

Who is Garrett Hedlund Married To?

As of 2020, Garrett is not married, but is romantically linked to Emma Roberts. The pair started dating after he split from longtime girlfriend, Kirsten Dunst. Though the were engaged, the two never actually tied the knot.

Yes, Garrett can sing and has even had a song on the Billboard Hot 100 chart. In 2001, Garrett starred alongside Leighton Meester and Gwyneth Paltrow in the film ‘Country Strong’. He actually landed the role after an audition in a karaoke bar, according the film’s director. Garrett sang on several of the songs on the soundtrack, which included a duet with Leighton called ‘Give In To Me’. The song ultimately became a single and reached No. 79 on the charts.

No, Garrett Hedlund is not related to Brad Pitt, though there is a strong resemblance. Furthermore, the handsome star got his start in Hollywood starring alongside Brad in the 2004 film, Troy. Garrett made his feature film debut playing Brad’s younger cousin, Patroclus.