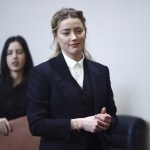 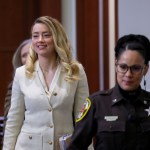 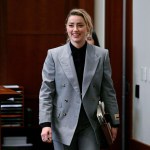 Bio:
Amber Heard (born Amber Laura Heard on April 22, 1986) is an American actress. She was born and raised in Austin, Texas, but ventured to Hollywood during her junior year of high school in order to pursue an acting career. She was cast as Liz in the pilot episode of The WB’s Jack & Bobby, made various TV appearances in shows such as The O.C., and made her feature film debut in Friday Night Lights. Since then, she’s starred in films such as The Stepfather and Zombieland.

Best Known For:
Amber Heard is best known as an actress, particularly for her roles in Zombieland and Pineapple Express.

Personal Life:
Amber came out of the closet in 2010, saying, “I don’t label myself one way or another – I have had successful relationships with men and now, a woman. I love who I love; it’s the person that matters.” She dated female photographer, Tasya van Ree, from 2008 to 2011. She’s also been linked to Johnny Depp.

Amber Heard’s lawyers filed a document in July 2022 asking for her guilty verdict to be dropped following the defamation trial between her and Johnny Depp.

Amber Heard’s attorney said during an interview with ‘Today’ that her client could ‘absolutely not’ afford to pay Johnny Depp the $10.35 million settlement that she now owes him.

Amber Heard is officially appealing! The ‘Friday Night Lights’ beauty has formally announced her decision to appeal the guilty verdict in Johnny Depp’s defamation case against her.

Johnny Depp has no hard feelings towards ex-wife Amber Heard nearly one month after winning his defamation lawsuit against her.

The jury in the Johnny Depp and Amber Heard defamation trial just finalized its verdict, and here’s why the ‘Pirates of the Caribbean’ star will still have to pay his ex a hefty sum.

The ‘Aquaman’ star was seen stocking up on food from Citarella, while staying out in the Hamptons, about three weeks after the defamation trial against her ex-husband came to an end.