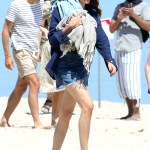 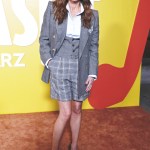 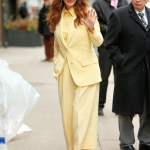 Julia Roberts (born October 28, 1967 in Smyrna, GA) is an American actress and producer. After dropping out of college, Julia moved to New York City to pursue a career in acting. She made her film debut in the 1988 film Satisfaction, alongside Liam Neeson and Justine Bateman. She had her first critical success soon after, that same year in Mystic Pizza. The year after that, in 1989, Julia starred as a young bride with diabetes in Steel Magnolias, a role which changed her life. Her work in the movie garnered her a Golden Globe Award win and an Academy Award nomination. The following year, in 1990, her career began to really take off and she starred in arguably her most iconic role in the worldwide hit, Pretty Woman, opposite Richard Gere. She won her first Academy Award in 2001 for her work in Erin Brockovich. Since then, Julia has gone on to become one of the biggest movie stars in the world starring in films such as Closer, Eat, Pray, Love and, most recently, August: Osage County, for which she garnered a 2014 Academy Award nomination.

Julia Roberts is best known for her starring role in Pretty Woman and her Academy Award winning turn as the title character in Erin Brockovich.

Julia has reportedly dated actors Jason Patric, Liam Neeson, Kiefer Sutherland, Dylan McDermott and Matthew Perry. In 1993, she married the country singer Lyle Lovett, however, they separated and divorced in 1995. From 1998-2001 she dated the actor Benjamin Bratt. Julia met her current husband, cameraman Daniel Moder, on the set of the 2001 film, The Mexican. They married in July, 2002. The couple welcomed their first children, twins Hazel and Phinnaeus, on Nov. 28, 2004, and their third child, Henry, on June 18, 2007.

Julia Roberts has been happily married to Danny Moder for 2 decades, and now she’s spilling the tea on how they’ve stayed together for so long!

Julia Roberts’ two oldest kids, Hazel and Phinnaeus, are about to go to college and the proud mom called the time in their lives ‘thrilling,’ in a new open and honest interview.

Vivian Ward, is that you? Julia Fox’s fashion choice for a trip to a Hollywood strip mall sure is reminiscent of Julia Roberts’ iconic rom-com character.

The ‘Pretty Woman’ star celebrated her cinematographer husband of nearly two decades on his special day.

Emma Roberts is discussing the expectations put upon her to match her aunt, Julia Roberts’, career, and how she was able to ultimately do her ‘own thing.’