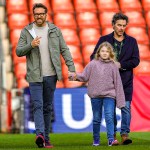 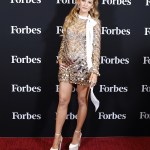 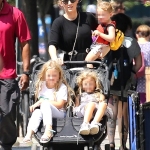 Nearly four months after revealing she is pregnant with her fourth child, Blake Lively took to Instagram on Jan. 2, to show off her before & after baby bump photos.

After debuting her baby bump in Sept., Blake Lively & Ryan Reynolds took to Instagram on Dec. 5 to share a festive photo featuring the pregnant actress in Christmas PJs!

Ryan Reynolds may be one funny guy, but dancing isn’t exactly his forte — but wife Blake Lively didn’t seem to mind!

Blake Lively looked radiant in a maxi dress that flowed gracefully over her growing baby bump, while Ryan Reynolds looked handsome in a tux.

Before he was married to Blake Lively, Ryan Reynolds had high-profile romances with Scarlett Johansson and Alanis Morissette. Learn all about his love life here.

Blake Lively looked gorgeous in a long black silky dress as she took a stroll in the Big Apple and prepares to soon welcome her fourth child.

To millions, Taylor Swift is the biggest musician of her generation. However, for the longest time, Ryan Reynolds’ three daughters knew her just as ‘Aunt Taylor.’