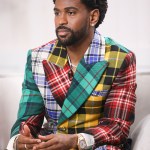 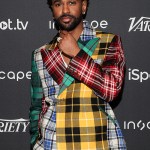 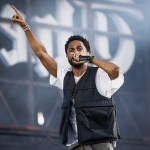 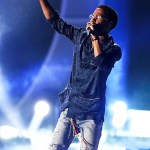 Bio:
Big Sean (born Sean Michael Anderson in Santa Monica, California on March 25, 1988) is an American rapper. Sean and his family moved from Santa Monica to Detroit, Michigan, where he first gained attention as a rapper. He was signed to Kanye West‘s record label, GOOD Music, in 2007. That same year, Big Sean released his first mixtape, Finally Famous: The Mixtape. Big Sean got his first hit with the single “My Last,” which featured vocals from Chris Brown. Big Sean has since released one album, Finally Famous, and appeared frequently on GOOD Music’s posse record, Cruel Summer. Big Sean is planning on releasing his sophomore album, Hall of Fame, in 2013.

Personal Life:
Big Sean moved from Santa Monica, California to Detroit, Michigan two months after he was born. He graduated from Cass Technical High School with a 3.7 GPA. In April 2013, Big Sean and Naya Rivera went public with their relationship, and the two became engaged, but they eventually broke up in April 2014. In October 2014, he began dating singer Ariana Grande. The two split in April 2015. Sean started dating Jhene Aiko in August 2016.

The R&B artist and rapper announced that they’d welcomed their son, after going public with their pregnancy back in July. This is the 2nd child for Jhene, and her first with Sean.

The couple, who have been dating on and off since 2016, paused in the middle of a duet and asked the crowd to make some noise as they shouted out their baby’s sex.

Ahead of the arrival of their first child together, Big Sean and his pregnant girlfriend Jhene Aiko enjoyed a dinner date in West Hollywood on July 24.

Big Sean and Jhene Aiko were spotted on an outing in Beverly Hills, CA, where the beauty proudly flaunted her baby bump in a stylish long form-fitting dress.

Never say that Sarah Michelle Gellar can’t take a joke. The ‘Buffy’ star had a hilarious reaction after someone at the LA Rams game somehow confused Big Sean and Jhene Aiko for Sarah and Freddie Prinze Jr.

Turnabout is fair play. After Kanye West said he regrets signing Big Sean on ‘Drink Champs,’ the Detroit rapper went on the podcast and said that Ye’s ‘hurtful’ attacks were ‘not true.’