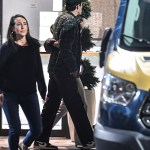 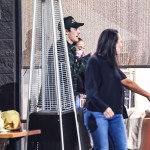 Bio:
Ariana Grande (born Ariana Grande-Butera in Boca Raton, Florida on June 26, 1993) is an American actress, singer, and dancer. She is best known for her role as Cat Valentine on Nickelodeon’s Victorious. Her career was sparked in 2008 by her role as Charlotte in the original Broadway cast of 13. Her pop music career was set off by Victorious, and she was signed to the Universal Republic Record label. In 2012, her first single “Put Your Hearts Up” gained great attention, debuting at number 25 on the pop charts. She has lent her voice to the music videos and recordings of Demi Lovato, Greyson Chance, and Victoria Justice. Ariana continued her role as Cat Valentine alongside iCarly‘s Jennette McCurdy in their spin-off show, Sam & Cat on Nickelodeon. Her debut album, Yours Truly, was released in Aug. 2013, followed by My Everything in 2014 and Dangerous Women in 2016.

Best Known For:
Ariana is best known for her music career and her role as Cat Valentine on Nickelodeon’s Victorious.

Personal Life:
Ariana has been linked to The Hunger Games‘ Josh Hutcherson, with whom she has a very close friendship, but both parties have denied romantic attachment. Rumors of a fling with 13 castmate and music partner Graham Phillips started in 2008 and continue on- having never been denied. In 2009, Ariana dated iCarly‘s Nathan Kress. They called it quits after only a few dates. She also had a short-lived relationship with The Wanted’s Nathan Sykes from Sept. 2013 to Dec. 2013. In October 2014, Ariana began dating Big Sean, and they split in April 2015. Following the breakup, she got together with her backup dancer, Ricky Alvarez, and when that ended in July 2016, she started dating Mac Miller. They broke up in 2018, which she blamed on the toxicity of their relationship. She has since been linked to Saturday Night Live cast member Pete Davidson.

Britney Spears shouted out Ariana Grande and her perfume line on Instagram, and Ari quickly returned the favor! Check out their cute exchange here.

Ariana Grande and Cynthia Erivo gave fans a behind-the-scenes glimpse at their cute bond as they film the two-part ‘Wicked’ film adaption.

Ariana said ‘thank you, next’ to the historic mansion in Montecito that she purchased off Ellen DeGeneres two years ago. Check out the luxury estate here!

Ariana Grande had a ‘wicked’ good time in London after meeting her husband, Dalton Gomez, following a day’s work on the upcoming film adaptation of the hit Broadway play.

Ariana Grande let all her natural beauty shine in a new Instagram post while she promoted her new body products on August 21.

Arianators are sure Ariana Grande subtly paid tribute to ex Mac Miller with her latest R.E.M. Beauty lip oil. Find out why here.