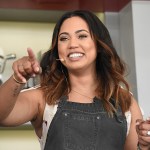 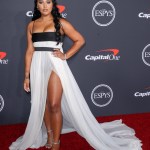 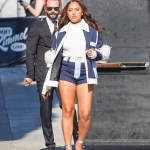 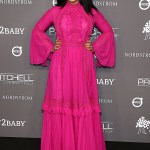 So cute! Fans gushed after Ayesha Curry and her eldest daughter Riley struck some pretty funny faces on Instagram.

Ayesha and Steph Curry have the cutest family ever! The mom-of-three just shared an adorable pic her kids playing on a trampoline!

Steph and Ayesha Curry are the best parents ever! The couple surprised their three adorable kids with an amazing ‘rainbow-tastic’ playroom.

It’s time for a ‘golden’ date night. Steph Curry took his superstar wife, Ayesha Curry, out for dinner, and the two helped to themselves to some sweet PDA for dessert.

Ayesha Curry was positively glowing with her makeup-free face, as she admired her sweet little boy, Canon’s, driving skills on a toy Mercedes-Benz truck!

Steph and Ayesha Curry have their hands full! The chef shared adorable, new photos of her stylish daughters, Riley, 7, and Ryan, 4, on December 29 — one of which showed Ryan sporting a cute duck face and double peace signs!

The youngest member of the Curry clan could NOT have looked cuter on Christmas Day, and his mom, Ayesha Curry, just shared the sweetest new holiday snap of the one-year-old.