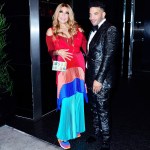 Bio:
Wendy Williams (born in Asbury Park, New Jersey on July 18, 1964) is an American media personality, actress, comedian, author, and a daytime talk show host. Her show, The Wendy Williams Show, is nationally syndicated. Before she made her television debut, Wendy was a “shock jockette” on various radio shows. She gained notoriety for her on-air spats with celebrities, which helped her become the subject of the 2006 VH1 reality TV series, The Wendy Williams Experience. In addition to appearing on TV and in some films, Wendy has written an autobiography and several other books, as well as creating two product lines: an apparel line with QVC called Adorn by Wendy Williams and a wig line named Wendy Williams Hair World. In 2015 Wendy was nominated at the Daytime Emmy Awards for Outstanding Entertainment Talk Show Host and the show itself was nominated for Outstanding Talk Show/Entertainment. Aside from being a television personality, Wendy has also appeared in films, including Think Like a Man (2012) and Think Like a Man Too (2014). She also competed on season 12 of Dancing With The Stars, but was the second person eliminated.

Personal Life:
Wendy Williams is divorced from her first husband, who she only refers to by the pseudonym Robert Morris III. She is currently married to her manager, Kevin Hunter, who she wed in 1997. Their son, Kevin Jr., was born in 2000. In 2017, it was reported that Kevin had been carrying on a 10-year affair with another woman, but on her talk show, Wendy stood by her husband, telling viewers not to believe the hype.

Wendy Williams and her son Kevin Hunter Jr. were spotted dressed stylishly while walking around New York City, after he reportedly gave his mom an ‘ultimatum’ so she can ‘fix herself’ amid health issues.

Wendy Williams stayed cozy in a luxe Versace robe as she gave an update on her health amid a hiatus from her talk show.

After Wendy Williams had to postpone a return to her eponymous talk show, a source close to the TV star EXCLUSIVELY revealed to HL how ‘hard’ it’s been for her to watch from the sidelines.

‘The Wendy Williams Show’ will return on October 18, but with a slate of guest co-hosts. Wendy, meanwhile, will continue recovering from her health issues at home.

Wendy Williams was being escorted by her son Kevin Hunter Jr. as she sat in a wheelchair being pushed by a helper outside of her New York apartment.

Season 13 of ‘The Wendy Williams Show’ will now premiere on Oct. 4, two weeks later than its intended start date.