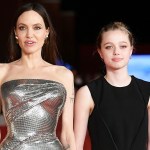 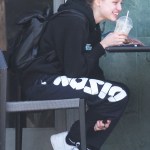 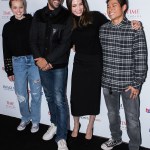 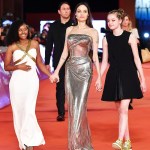 Bio:
Shiloh Jolie-Pitt (born Shiloh Nouvel Jolie-Pitt, in Namibia, Africa on May 27, 2006) is the first biological child of Brad Pitt and Angelina Jolie, and she is an actress. Shiloh is Brad’s first child, and at the time she was Angelina’s third child. Angelina had adopted Maddox and Zahara in 2002 before becoming pregnant with Shiloh. Her film credits include, Kung Fu Panda 3 and The Curious Case of Benjamin Button. Shiloh has become a Hollywood child icon for her fashion sense and young talents. She is always traveling all over the globe with her famous parents, and has visited Italy, Cambodia, Ethiopia, New Orleans, India and France.

Best Known For:
Shiloh Jolie-Pitt is best known for being the child of on-screen veterans, Brad Pitt and Angelina Jolie.

Personal Life:
Shiloh Jolie-Pitt has five siblings — Pax, Zahara, Maddox, and twins, Vivienne and Knox. Angelina filed for divorce from Brad on September 19, 2016 and asked for full physical custody of all six children.

Shiloh Jolie-Pitt has a new favorite piece of apparel. For the second time in five days she rocked Versace shorts while out on a shopping trip with mom Angelina Jolie and sister Zahara.

Now that she’s a teenager, Shiloh Jolie-Pitt, 13, is striking out on her own when it comes to running errands. She hit up a Hollywood Best Buy without her mom Angelina Jolie and just a bodyguard in tow.

Shiloh Jolie-Pitt is growing up before our very eyes! Brad and Angelina’s daughter, 13, wore the coolest outfit while hanging out with her mom and her sister, Zahara.

Shiloh and Vivienne Jolie-Pitt were spotted enjoying a summer day while walking and hanging out with friends at Los Angeles’ popular theme park, Knott’s Berry Farm on July 16.

Millie Bobby Brown grabbed lunch with Angelina Jolie’s kids on July 1, and you wouldn’t have been able to tell that they were ‘big celebrities,’ according to an eyewitness at the diner!

Millie Bobby Brown had a fun day out with her besties, Zahara and Shiloh Jolie-Pitt, and the pics from their lunch are too cute for words.

Millie Bobby Brown has the coolest besties. Shiloh and Zahara Jolie-Pitt were on hand for the ‘Stranger Things’ pre-premiere party where the three held hands and played games.