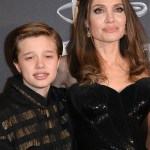 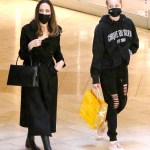 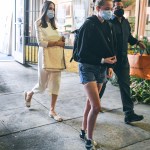 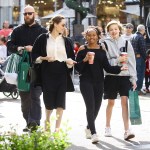 Angelina Jolie revealed that she and her daughter Shiloh ‘read the book’ that her new Disney movie ‘The One and Only Ivan’ is based on and ‘loved’ it, in a new interview.

Angelina Jolie, 45, gushed over the bond she has with her daughter Shiloh,14 , especially when it comes to the new movie she’s starring in, The One and Only Ivan, when she gave a new interview to Extra on Aug. 17. The talented actress answered some questions about the film and her family while live in a video chat and revealed that Shiloh had a lot to do with the reason she decided to star in the new Disney feature. “Well, Shiloh read the book and loved the book and we started reading it together and talked about Ivan and why Ivan was so special,” she said in the interview, which can be seen above. “And I think Ivan speaks to a lot of people because there’s this idea of who Ivan is.”

“At heart, the real Ivan was a painter,” she continued. “He had this artistic side, he had this other self, and I think a lot of people can also relate to that, where there’s expectations on them to be what people assume they are and they don’t often have the friends or the freedom to be able to express who they really are and be fully that person.”

Angelina went on to admit that although she understands Ivan’s point of view, she doesn’t follow suit and pretend to be anyone but herself in her own life because it’s all she knows how to be. “If you ask do I think people really know me and who I really am, probably only my children could explain who I am,” she said.

Speaking of her children, Angelina is very close to all six of her children, including Shiloh, Maddox, 19, Pax, 16, Zahara, 15, Shiloh, 14, and twins Vivienne and Knox, 11, and she’s often seen out and about with them in public. Whether it’s on shopping trips or dinner outings, it’s never a surprise to see the brunette beauty enjoying all the quality time she can with her kids. Since the COVID-19 pandemic hit, and quarantine has been in effect all over the world, she is also making sure to keep her children close while at home.

In addition to The One and Only Ivan, Angelina talked about how some of her kids are already starting home school in her latest interview. “[Maddox] had to stay back from Korea. He’s going online, and so I think he starts at 6:00pm at night,” she said about her oldest son, who is in college. “They’re all together and it’s a nice big bunch, so everybody’s helping each other out. We’re lucky.”