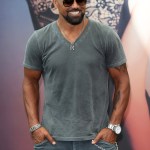 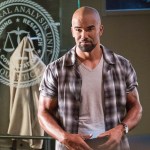 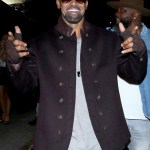 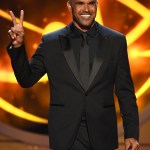 Bio:
Shemar Moore (born Shemar Frankin Moore April 20, 1970 in Oakland, CA) grew up in northern California, graduating from Gunn High School in Palo Alto. He attended Santa Clara University, majoring in communication, but modeled part time to pay his bills. He got his first big acting break playing the role of  Malcolm Winters on The Young and the Restless for eight years before moving to prime time TV on CBS’ crime drama procedural Criminal Minds. He spent 11 seasons on the show before departing the role to seek greater challenges. His last airdate was March 23, 2016

Personal Life:
Shemar’s mother Marilyn Wilson was diagnosed with Multiple Sclerosis in 1998, and Shemar started several charities to raise money for MS research. In November 2017, he was rumored to be dating The Real Housewives of Atlanta star Phaedra Parks.

Most fans know Shemar Moore from ‘S.W.A.T.’ or his long running stints on ‘Criminal Minds’ and ‘The Young and the Restless.’ But footage of his time hosting ‘Soul Train’ has surfaced and it is hot!

Umm… what? Shemar Moore had to unfortunately clap back at a social media troll who had a problem with him posting a shirtless pic.

Shemar Moore broke the internet once again when the legendary hunk posted a hot photo of him relaxing at home with no shirt on!

Following the death of Kristoff St. John, ‘Young & the Restless’ co-star Shemar Moore shared the most touching message about his late friend. See what the grieving star said here.

New couple or just another rumor? After Phaedra Parks hinted that she and Shemar Moore are more than friends, he’s setting the record straight! And, you’re going to want to hear this…

Wow — this is SO crazy! ‘Criminal Minds’ alum Shemar Moore took a former co-worker to court on Aug. 11 over $60k! Shemar claims that Keith Tisdell owes him that large sum of money and you better believe he’s demanding his former colleague and friend to pay him back! Get Shemar’s side of the story here.

Talk about relationship ‘goals’! Shemar Moore & Shawna Gordon packed on the PDA during a major soccer event in LA, looking so happy and in love. Click through to see HollywoodLife.com’s EXCLUSIVE pics!