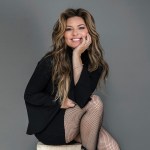 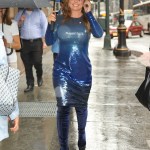 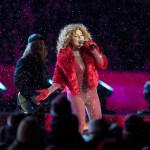 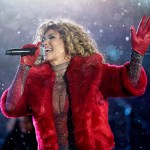 Bio:
Shania Twain (born Eilleen Regina Edwards on Aug. 28, 1965 in Windsor, Ontario) is a Canadian country singer and songwriter. She’s sold over 85 million records, and is known to many as the “Queen of Country Pop.” Shania has won five Grammy Awards and has received 27 BMI Songwriter awards. She’s also earned stars on both the Hollywood Walk Of Fame and Canada’s Walk of Fame, and she’s the only female singer in history to have three albums in a row certified Diamond by the Recording Industry Association of America. Though she retired from performing in 2004, she returned to the stage in 2012 for her Still The One show at Caesars Palace in Las Vegas, Nevada. In 2015, Shania kicked off her farewell tour, named the “Rock This Country” tour. Shania was also a guest judge on American Idol in 2009, and she also had her own TV show, Why Not? With Shania Twain, which aired on the Oprah Winfrey Network. In Aug. 2015, she stated that she is currently recording her fifth studio album. Some of her biggest hit singles include “You’re Still the One,” “From This Moment On,” “Man! I Feel Like a Woman,” “That Don’t Impress Me Much,” and her debut single, “Any Man of Mine.”

Best Known For:
Shania is best known for being a country-pop singer. She’s also appeared on TV, most notable for her role as a guest judge on American Idol.

Personal Life:
Shania grew up in Timmins, Ontario, and has two sisters, Jill and Carrie Ann. Her parents divorced when she was little, and she was raised by her mother, Sharon, and stepfather, Jerry Twain. Shania was married to music producer Robert John “Mutt Lange” from 1993 to 2008, until their divorce after he had an affair with her best dair. After their divorce she retreated to Switzerland and retired. In her 2011 autobiography, Shania revealed that she had a weakened singing voice that also effected her speech. It was with the encouragement of Lionel Richie that she returned to the stage in 2012. Shania also suffered from stage fright and domestic violence, which made her feel trapped and unable to perform. They have one son together, Eja, who was born in 2001. In 2010, Shania got engaged to Nestle executive Frederic Thiebaud, and the couple married in 2011 in Puerto Rico. She released her autobiography, From This Moment On, in 2011. Shania is a vegetarian and is also a devotee of Sant Mat, an Eastern spiritual philosophy.

The ‘As It Was’ singer teamed up with the country music legend to sing two of her iconic songs. Check out the incredible sequin outfits they were both rocking here!

Shania Twain sported her iconic ‘Man! I Feel Like a Woman’ suit more than 20 years after the song was originally released in 1999! Check out her fierce fashion statement.

Shania Twain celebrated International Women’s Day by showing off impressive dance moves in a new TikTok video that brought back awesome memories of her 1997 album, ‘Come On Over.’

Shania Twain’s still got it! She made a tight leopard print outfit iconic in her 1997 ‘That Don’t Impress Me Much’ video, and is killing it in the same look for her new music video alongside Orville Peck.

She’s home, honey — and Shania Twain is making the most of it, starting with sharing her talents with fans on ACM Presents: Our Country. Get ready to rock out.

The stars came out in full force — and in all red — for the American Heart Association Go Red for Women Red Dress Collection fashion show in New York City and all looked ravishing!