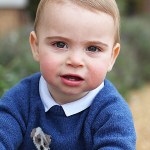 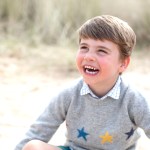 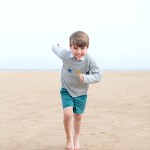 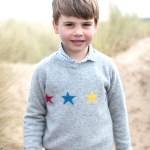 Prince Louis is best known for being fifth in line for the British throne.

Prince Louis was born on April 23, 2018 at St. Mary’s Hospital in London. He was first seen in public seven hours after his birth, outside the Lindo Wing, when he appeared with mom Kate and dad William. His name was announced days later on April 27. Louis is named after his great-great-great-uncle Lord Mountbatten and grandfather Charles, Prince of Wales. Louis has two older siblings, Prince George and Princess Charlotte.

‘This Is Us’ Then & Now: See How Much The Kids Have Grown Up Over 6 Seasons

The little Prince celebrated his fourth birthday by frolicking on the beach in adorable new photos taken by Kate Middleton!

In honor of The Queen’s 96th birthday, Prince William and Kate Middleton shared the sweetest throwback photo of Her Majesty with a bunch of her great-grandchildren — including an infant Prince Louis in her arms!

Prince William and Kate Middleton shared an adorable photo featuring their two princes and one princess who are all growing up way too fast!

A royal dispute! Prince William dishes on how his two eldest children go at it during breakfast time at the family home.

What a handsome little boy Prince Louis is growing into. No longer a toddler, he looks like his older brother George in his third birthday portrait, adorably riding his bike.

Prince William and Kate Middleton are showing off the family man his late grandpa Prince Philip was, as he posed for an adorable photo with seven of his sweet great-grandchildren.

Kate Middleton is a doting mom, and in honor of her 39th birthday, we’re taking a look back at her sweetest moments with Price Louis, Princess Charlotte and Prince George.