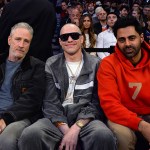 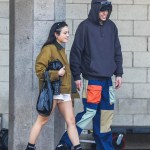 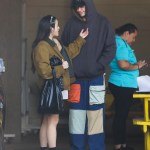 Bio:
Pete Davidson (born on November 16, 1993 in Staten Island, New York ) is an American comedian. Becoming the youngest member of the current cast, Pete joined the Saturday Night Live team for their 40th season. Since trying stand-up for the first time in a bowling alley at 16, Pete has come a long way, making appearances on Adam Devine’s House Party, Jimmy Kimmel Live! and Wild ‘N Out. He has also guest-starred in Brooklyn Nine-Nine.

Best Known For:
Pete is best known for being an Saturday Night Live cast member.

Personal Life:
Pete’s father was a firefighter and died while serving with the Fire Department of New York during the September 11 attacks, and his badge number is tattooed onto Pete’s arm. The comedian was diagnosed with Crohn’s disease in his late teens and also recently underwent treatment for his borderline personality disorder. As far as his romantic life is concerned, Pete has been linked to Girl Code star Carly Aquilino and Larry David‘s daughter, Cazzie David. Most recently, he made his relationship with Ariana Grande Instagram official.

Pete Davidson and Chase Sui Wonders could not keep their hands off each other in new photos from a romantic stroll along the Hawaiian shoreline.

After Pete Davidson and Emily Ratajkowski’s relationship fizzled out after just a few weeks, HollywoodLife learned if the stars are choosing to stay friends.

They’re through! Just over one month after being spotted on a date together, Pete Davidson & Emily Ratajkowski have reportedly split following a brief fling this fall.

Pete Davidson had a very special date on his arm at the latest Knicks game on Christmas day!

Despite recently being linked to Pete Davidson, Emily Ratajkowski packed on the PDA with Jack Greer this week, and HL has the scoop on where her dating life stands.

Emily appears to be keeping her romance options open after signing up for a dating app. She also revealed that she’s received ‘a few direct requests from women.’

Pete Davidson and his ‘Bodies, Bodies, Bodies’ co-star have been seen in public together three times in the past week.