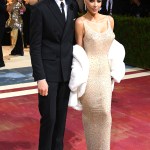 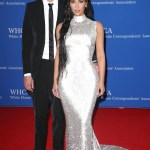 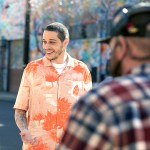 Bio:
Pete Davidson (born on November 16, 1993 in Staten Island, New York ) is an American comedian. Becoming the youngest member of the current cast, Pete joined the Saturday Night Live team for their 40th season. Since trying stand-up for the first time in a bowling alley at 16, Pete has come a long way, making appearances on Adam Devine’s House Party, Jimmy Kimmel Live! and Wild ‘N Out. He has also guest-starred in Brooklyn Nine-Nine.

Best Known For:
Pete is best known for being an Saturday Night Live cast member.

Personal Life:
Pete’s father was a firefighter and died while serving with the Fire Department of New York during the September 11 attacks, and his badge number is tattooed onto Pete’s arm. The comedian was diagnosed with Crohn’s disease in his late teens and also recently underwent treatment for his borderline personality disorder. As far as his romantic life is concerned, Pete has been linked to Girl Code star Carly Aquilino and Larry David‘s daughter, Cazzie David. Most recently, he made his relationship with Ariana Grande Instagram official.

The ‘Saturday Night Live’ star was spotted getting some shopping done after his alleged text exchange with the rapper leaked.

As Kanye West continues his social media barrage against Pete Davidson, Pete’s ‘SNL’ costar Bowen Yang says he’s in their thoughts, and that they ‘love’ and support him throughout all this drama.

In a photo allegedly taken ‘in bed’ with Kim Kardashian, Pete inadvertently revealed he got a new tattoo with her name!

Khloe Kardashian sweetly showed support for her big sister Kim after Kim made her relationship with Pete Davidson Instagram official.

Kim Kardashian and the ‘Saturday Night Live’ star are taking the next big step in their relationship and going Instagram Official, with Kim sharing romantic photos of the two.

Kanye West has his reasons for feeling ‘betrayed’ by Pete Davidson amid the ‘SNL’ star’s romance with Kim Kardashian.

Pete Davidson ‘isn’t going anywhere’ amid Kim Kardashian’s contentious divorce with Kanye West and all of the drama has ‘only made them stronger.’