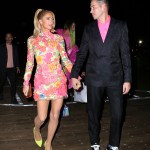 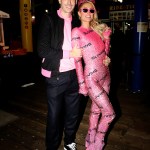 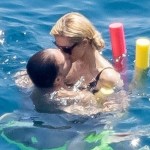 Spring is officially here which means it’s time to bare our legs in cute little dresses & we found one that’s super similar to Paris Hilton’s but costs less than 1/2 the price.

Spring is officially here & if you’re looking for a stylish dress to wear all season long, look no further than this maxi dress with a slit!

In a new podcast, Paris Hilton recalled being ‘targeted’ by the media in her younger years. She specifically recalled an interview with David Letterman, where she said he ‘crossed the line’ by repeatedly asking her about her 2007 stint in jail.

Paris Hilton nearly blinded Ryan Seacrest with her massive diamond engagement ring, and told him about the ‘beautiful love story’ behind the giant stone.

Paris Hilton gave fans a sneak peek at the premiere episode of her podcast, ‘This is Paris’, in which she gushed over how ‘very surprised’ she was after Carter Reum, who joined her on the show, proposed.

Paris Hilton is ready to be a mom with new fiancé Carter Reum! She also revealed if she plan to change her iconic name once she walks down the aisle.

Paris Hilton just got engaged to her boyfriend Carter Reum and her stunning engagement ring is fit for an heiress.