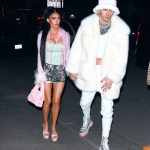 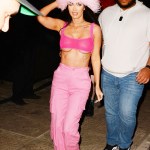 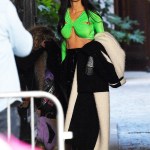 Bio:
Megan Denise Fox (born May 16, 1986 in Oak Ridge, Tennessee) is an American actress and model. She began her acting career in 2001 in several minor TV and film roles, and played a regular role on the TV show Hope & Faith. In 2004, she went into film starring opposite Lindsay Lohan in the film Confessions of a Teenage Drama Queen. Her breakout role was in 2007 when she starred alongside Shia LaBeouf in the blockbuster film Transformers and its sequel Transformers: Revenge of the Fallen in 2009. She was considered a sex symbol and frequently appeared in magazines, including Maxim and FHM. She has also starred in a number of films, including Jennifer’s Body, Jonah Hex, and Passion Play.

Best Known For:
The stunning actress is known for her sex appeal, her many tattoos, and her outspoken tongue that sometimes gets her in trouble – like when she compared her Transformers director Michael Bay to Hitler, which led to her being fired from the third film.

Personal Life:
Megan Fox began dating Brian Austin Green in 2004. They first got engaged in Nov. 2006, though they announced that they broke up in Feb. 2009. In June 2010, they announced that their engagement was back on, and they got married that same month. They had their first son, Noah, in Sept. 2012. Sadly, the duo officially announced their split on Aug. 19, 2015 after being together for 11 years. Brian and Megan reportedly decided on going their separate ways in February 2015 and made the sad announcement six months later. It was revealed in April 2015 that Megan was pregnant with her third child, although the father has not been confirmed.

Doting mom! Megan Fox had her hands full as she kept up with all three of her kids on an outing with them and Machine Gun Kelly on Dec. 21.

Megan Fox looked fabulous in a plunging floral corset top with a tiny sequin mini skirt & you can shop her exact top on clearance for under $40.

Megan Fox dressed in a sexy bright outfit as she held hands with her beau Machine Gun Kelly on a pre-Christmas date night in LA.

Megan Fox looked fabulous when she rocked a strapless sparkly silver top with baggy ripped jeans & a matching denim jacket while on ‘Jimmy Kimmel’ with MGK.

Hat’s off to these babes! Megan looked just like Pam while hitting the town in her fluffy hat and flirty pink outfit.

The actress announced her new collaborative line of nail polish for UN/DN with some sexy photos alongside her fiancé.